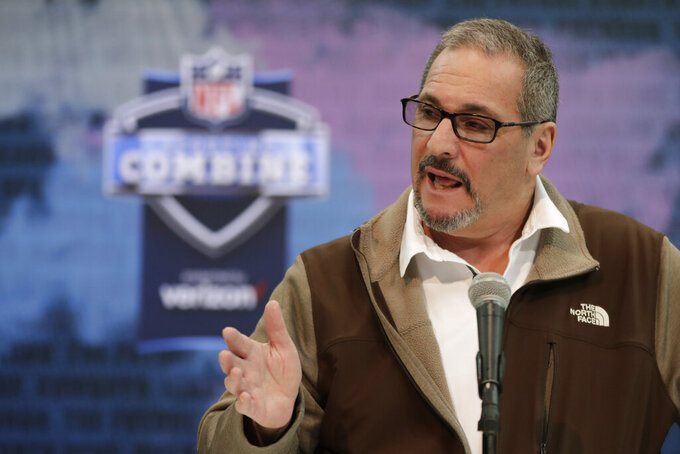 The interview took place three days after Pat Shurmur was fired after posting a 4-12 record this season and winning nine games in his two-year tenure.

Shurmur had replaced Ben McAdoo, who was hired in 2016 and fired in early December 2017 with the team en route to a 3-13 record.

McAdoo was picked to replace Tom Coughlin (2004-15), who won two Super Bowls and then missed the playoffs in his final four seasons.

New York has only made the playoffs once since the 2011 season, appearing in a wild-card game in McAdoo’s first season.

Richard has been the Cowboys’ defensive passing game coordinator and secondary coach for the past two seasons. Prior to Dallas, he spent eight seasons with the Seattle Seahawks, helping develop a secondary that included Richard Sherman, Earl Thomas, Kam Chancellor, Brandon Browner and Byron Maxwell. He was Seahawks defensive coordinator from 2015-17.

In his first season as coordinator, Seattle led the NFL in scoring defense for the fourth consecutive season, becoming the first defense in the Super Bowl era to do that.

Richard was a graduate assistant at Southern Cal in 2008-09, working with the defensive backs. The former Trojan was a third-round pick of the Seahawks and played three seasons in Seattle. He also played a year in San Francisco.