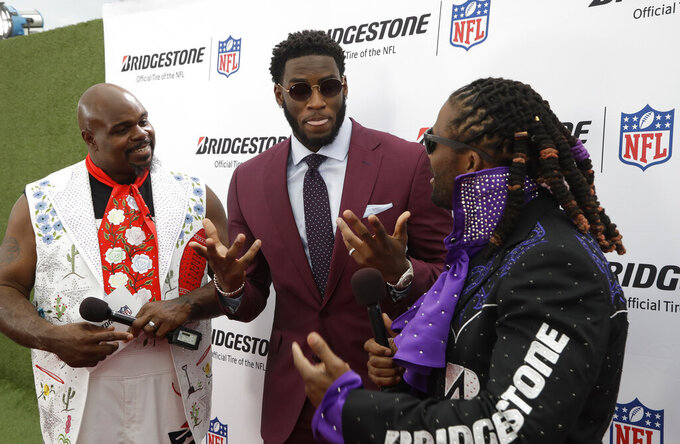 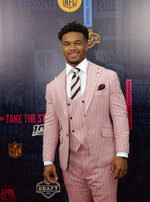 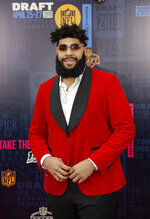 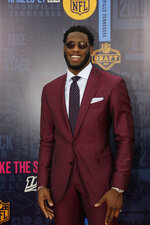 NASHVILLE, Tenn. (AP) — Brian Burns simply had to have the right pair of Spider-Man socks, so the pass rusher from Florida State had a pair overnighted to him in time for the red carpet at the NFL draft. The perfect touch to the purple suit and sunglasses making him the best-dressed.

At least in his opinion.

Walking any red carpet is a reason to dress up for the occasion, and young men going from college to work in front of a national audience absolutely want to look as good. Really good. And show some personality at the same time. The men who walked the red carpet Thursday as NFL prospects spent plenty of time deciding which look to wear.

The fashion decisions went beyond simply picking out jackets, shirts and ties with some selecting fabrics, suggesting a look and even designing shoes. The spikier the better.

Alabama running back Josh Jacobs, who estimates he has around 160 pairs of shoes, made sure to give himself options for the red carpet before selecting a pair of shoes with plenty of bling reflecting light.

"I actually had five different pairs of shoes that I was going to wear ... and I had three different suits, so I just put this together this morning," said Jacobs, the first running back drafted when Oakland took him at No. 24.

Offensive tackle Cody Ford, who will wait until Friday night to hear his name called in the draft, walked the red carpet in an eye-catching red velvet jacket selected after talking with his designer.

"So he was like, 'I've got velvet material, I've got the regular material.' I was like, 'I want to go velvet. I need velvet.' So we went with the red, the black and finished it off with the Gucci shoes," Ford said.

Michigan linebacker Devin Bush knew exactly what he wanted too, even if he didn't draw anything out in picking a black and white look for himself

"I'm just a guy, I like what I like," said Bush, who Pittsburgh traded up to No. 10 to draft to select. "I do what I like no matter what people say ... This is just me. I didn't design it, but I envisioned it. Me and my stylist kept going back and forth bouncing off ideas, and we came up with this."

Quinnen Williams went with an all-gray suit looking very professional outside. While many of the players had personal messages stitched or included inside their jackets, Williams wanted something a bit different.

Williams didn't have to wait too long to become that NFL player. The New York Jets made the defensive tackle from Alabama the third overall selection.

Nick Bosa, taken No. 2 overall by San Francisco, repped his college with the inside liner of his jacket all Ohio State Buckeyes. Bosa says he went through a bunch of looks before choosing the jacket from the Michael Strahan collection at J.C. Penny.

"It's just a good look all around," Bosa said.

Even with all the sparkling watches and other jewelry, Georgia cornerback Deandre Baker made sure few could match what he wore before the New York Giant traded into the end of the first round to select him at No. 30. Baker had a star ring on his hand and a watch on his wrist with the biggest splash hanging around his neck on a chain.