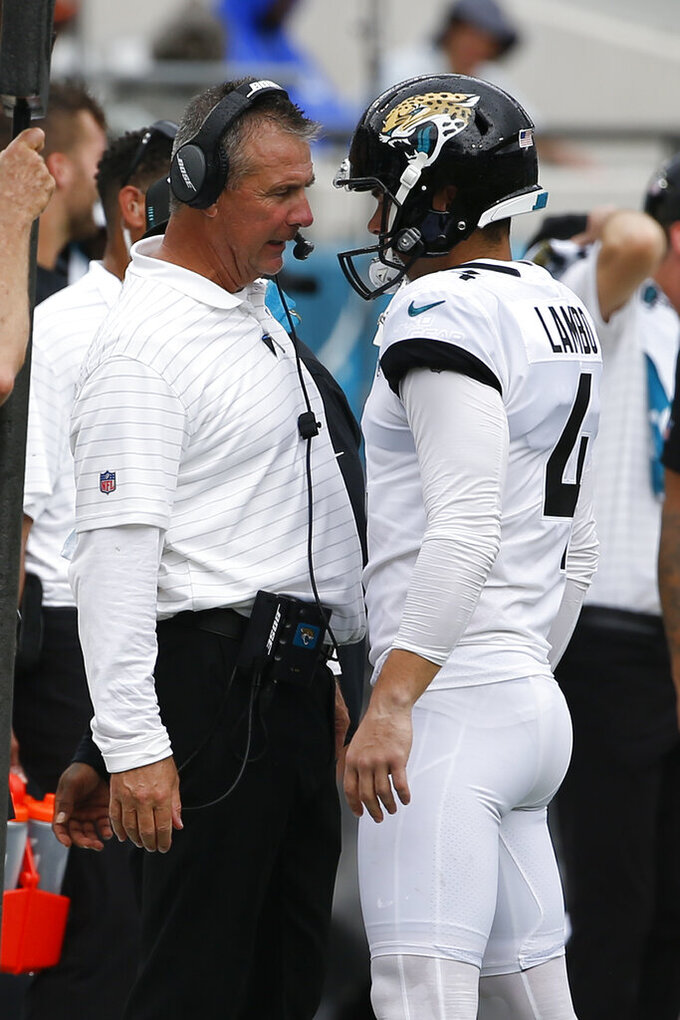 Coach Urban Meyer said Friday that “we’re all personally trying to get him through it.”

Lambo missed two days of practice earlier this week for undisclosed personal reasons and was inactive for Thursday night’s 24-21 loss at Cincinnati. He didn’t even make the trip.

Lambo missed five kicks in the team’s first three games: three field goals and two extra points. He was sidelined 12 games last year with a hip injury that required surgery, but he said before Week 1 that his confidence “is as high as ever” despite also missing kicks in training camp and the preseason.

But the recurring misses apparently took their toll on Lambo, who was the NFL’s most accurate kicker between 2017 and 2020.

Without Lambo, Jacksonville turned to practice-squad kicker Matthew Wright against the Bengals. He made all three extra points to remain perfect on kicks during his brief NFL career.