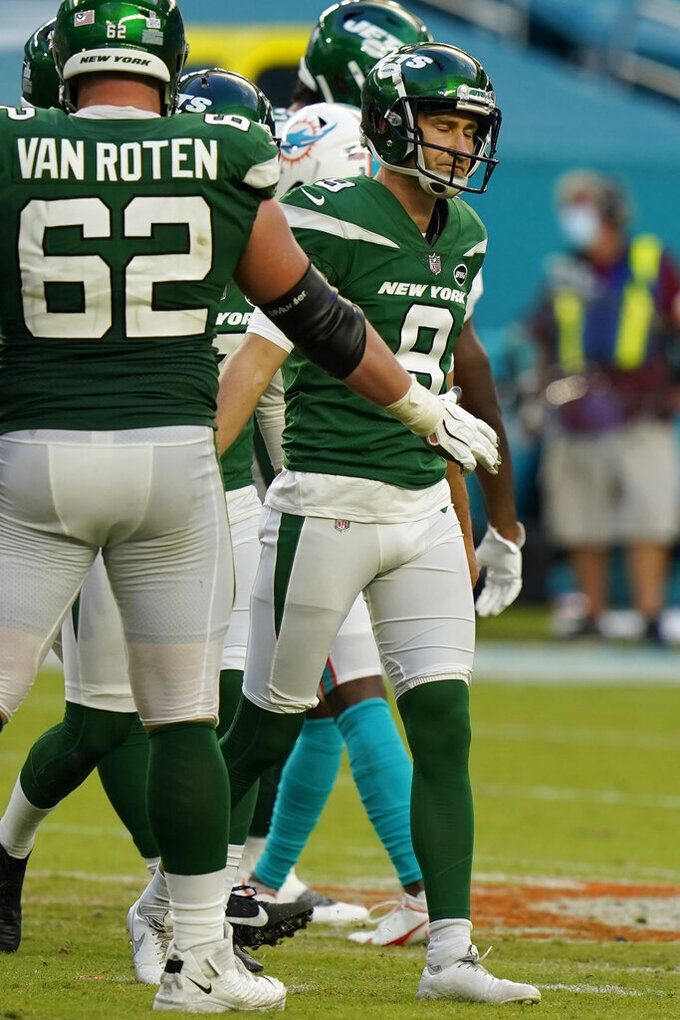 FLORHAM PARK, N.J. (AP) — The New York Jets activated kicker Sam Ficken from injured reserve and he is expected to play Sunday at Los Angeles against the Rams.

Ficken missed the last three games with a groin injury, an ailment that also sidelined him three other weeks earlier this season. He is 9 for 10 on field goals this season and 8 of 10 on extra points.

Ficken, in his second season with the Jets, first injured his groin during practice in October and sat out three games while Sergio Castillo filled in. Ficken returned to play against the Chargers on Nov. 22, but missed two of his four extra-point tries. He was placed on IR and Castillo again filled in, but struggled and was cut this week before being re-signed to the practice squad.

Smart will help provide depth on the Jets' defensive line after nose tackle Folorunso Fatukasi was placed on the reserve/COVID-19 list on Thursday. Smart had two tackles against New England on Nov. 9 in his only game this season.

Dawkins and Finch will help replace Jordan Jenkins, who was placed on IR with a shoulder injury. Dawkins has played in two games this season, while Finch will be making his Jets debut.