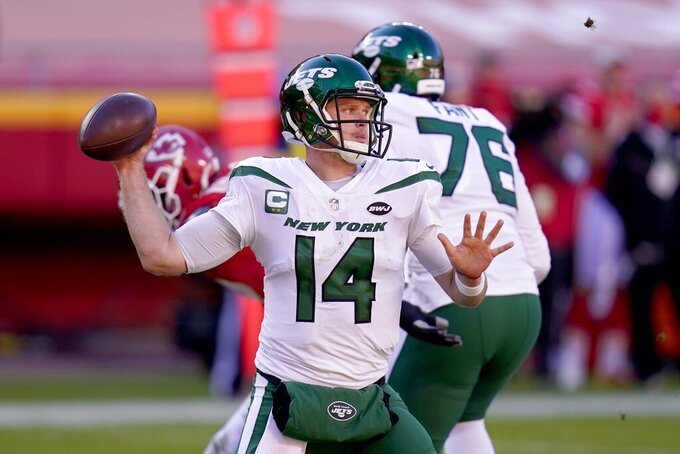 Both players had been listed Saturday as doubtful for the game.

Joe Flacco was making the start at quarterback for the 0-8 Jets in place of Darnold, who is dealing with a shoulder injury. Darnold missed two games last month when he sprained the AC joint in his right shoulder against Denver. He played in two games after returning, but took a hard hit to the shoulder last Sunday at Kansas City.

Darnold remained in the game and finished. But he sat out practice Thursday and was limited Friday, and didn't like how he felt during the session. He didn't practice Saturday.

Williams, who has been a bright spot in his second season, is dealing with a hamstring injury that sidelined him all week.

Wide receivers Jamison Crowder (groin) and Breshad Perriman (concussion) were playing, marking the first time this season all three projected starters — including rookie Denzel Mims — would be on the field together in a game.