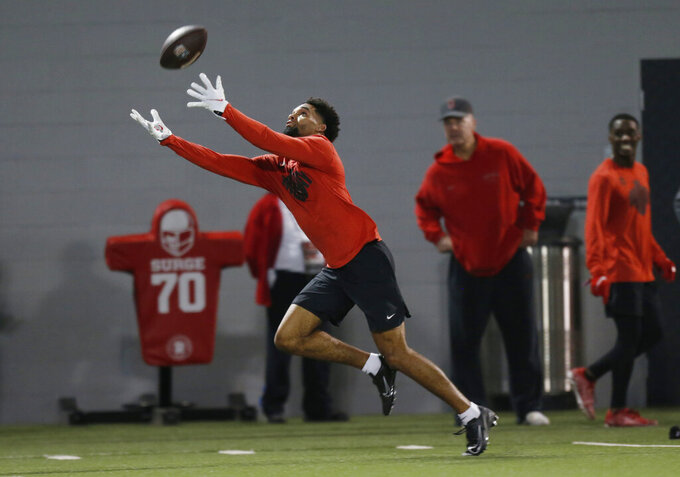 LAST SEASON: The Packers won a third straight NFC North title and owned the conference’s No. 1 playoff seed, but lost 13-10 to the San Francisco 49ers in the divisional round. Aaron Rodgers earned a second straight MVP award and threw 20 touchdown passes without an interception in his last seven regular-season games. WR Davante Adams and LB De’Vondre Campbell joined Rodgers as All-Pro selections. Campbell led an improved defense under first-year coordinator Joe Barry. The team’s biggest weakness was special teams, which proved costly when the Packers gave up a tying touchdown on a blocked punt and also had a field-goal attempt blocked in the playoff loss to the 49ers. The Packers fired special teams coordinator Maurice Drayton after the season and replaced him with former Las Vegas Raiders interim head coach Rich Bisaccia.

OUTLOOK: The Packers figure to use at least one of their two first-round picks on a receiver, something they haven’t done since selecting Florida State’s Javon Walker 20th overall in 2002. They’re going to need multiple receivers to pick up the slack as they try to replace Adams’ production. They also have two second-round picks and have a history of success finding receivers in that round (Adams, Randall Cobb, Jordy Nelson, Greg Jennings). The Packers could use a pass-rushing complement to Rashan Gary and Preston Smith now that they no longer have Za’Darius Smith. They also need to add depth on both sides of the line. The Packers got good production from their 2021 draft class with CB Eric Stokes, C Josh Myers and G Royce Newman stepping into featured roles immediately.