NFL aerial circus makes for 2nd round of DBs, WRs 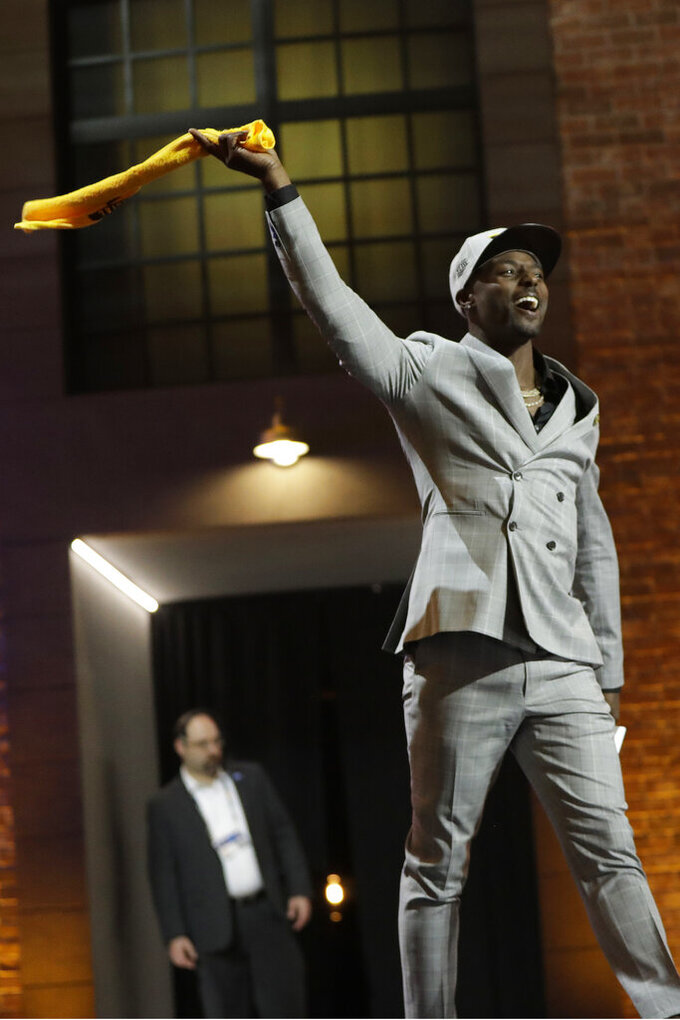 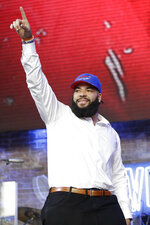 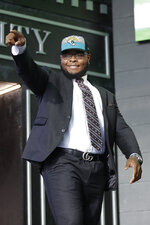 NASHVILLE, Tenn. (AP) — So you want proof the NFL is an aerial circus? Try the second round of the draft.

And some of the third.

Of Friday night's first 32 picks, 11 were defensive backs charged with holding down pass catchers, of which seven were chosen. Plus another seven offensive linemen charged with protecting the guys who throw the ball.

Only one of those, Drew Lock of Missouri, was taken in Round 2, going to Denver 42nd overall after the Broncos traded up with Cincinnati to get Lock. Some projections had him going in the opening round.

"Certainly. It certainly does," Lock said when asked about being even more motivated to prove himself now that he slipped so far; the previous quarterback selected was Dwayne Haskins at 15th.

Many players might have that outlook, thinking they belonged in the opening round. Such as tackle Jawaan Taylor of Florida and guard Cody Ford of Oklahoma, who were on hand for the draft and had to wait much longer than other prospects.

"It was a little devastating," Taylor said of being ignored Thursday before the Jaguars grabbed him. "I just have so much confidence in myself and I have high expectations for myself. I feel like I have something to prove ... so I'm just looking forward to seeing what happens next."

As is Ford, who now belongs to Buffalo, which like Jacksonville traded up for the blocker.

"I came back tonight because last night was a terrible disappointment," Ford explained. I've worked so hard to walk across that stage, I didn't want to leave and regret not being able to do that opportunity."

The defensive big guys dominated the opening round, then there was much more of a mix on Friday. Again, the SEC had the most picks with 13 in the second round, another six in the third, on top of the nine the previous night.

"In the SEC, I had 35 career starts," Taylor said. "I left a year early, but I feel like I was ready and prepared to play in the NFL because I played against a lot of great competition. Definitely playing at Florida, playing in such a great conference, prepared me for this role."

The second round began with cornerbacks Byron Murphy of Washington and Rock Ya-Sin of Temple going to Arizona and Indianapolis respectively.

It didn't subside until safety Juan Thornhill of Virginia went to the Chiefs on the penultimate selection in the second round.

One spot later, Seattle moved up for Mississippi WR DK Metcalf, who was rated by some the best wideout in this group.

Arizona finally pulled off the trade of QB Josh Rosen, expendable because the Cardinals took Oklahoma's Kyler Murray to start proceedings on Thursday night. Miami sent the 62nd overall spot to the desert for Rosen, a first-rounder a year ago.

The Cardinals opted for UMass receiver Andy Isabella with that pick.

Other than Lock, the only quarterback chosen Friday was West Virginia's highly productive Will Grier to Carolina at No. 100, two spots from the end of the night.

Teams began branching out in the third round — the final four rounds will take place Saturday — with running backs getting some attention. But not too many: four, making for a measly six overall. Alabama's Josh Jacobs went in the opening round, and teammate Damien Harris did so in the third. Penn State's Miles Sanders was the only RB drafted in Round 2, by Philadelphia.