Packers' Hackett plans to interview with Jaguars next week 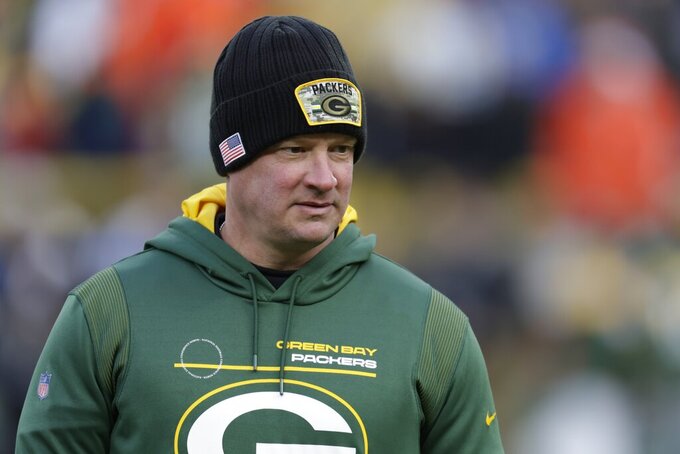 The Packers (13-3) have clinched the NFC’s No. 1 seed and lone first-round playoff bye, so they won’t be playing when the postseason begins next week.

“I owed it to this organization, all these players, we wanted to wrap up that No. 1 seed,” Hackett said Thursday. “That was so important to do. And it’s absolutely an honor to be even considered for something like this. So we’re going to do it during the bye because we wrapped up that No. 1 seed. We’re really excited about that opportunity. I mean, it’s a dream for any football coach to even have an opportunity to potentially become a head coach.”

Hackett, 42, was the Jaguars’ quarterbacks coach from 2015-16 and offensive coordinator from 2016-18 before getting fired in the middle of the 2018 season. The Jaguars reached the AFC championship game in the 2017 season.

The Jaguars (2-14) fired Urban Meyer on Dec. 16 and have been searching for his successor while interim coach Darrell Bevell finishes up the season.