Seahawks relying on linebackers more, and for a good reason 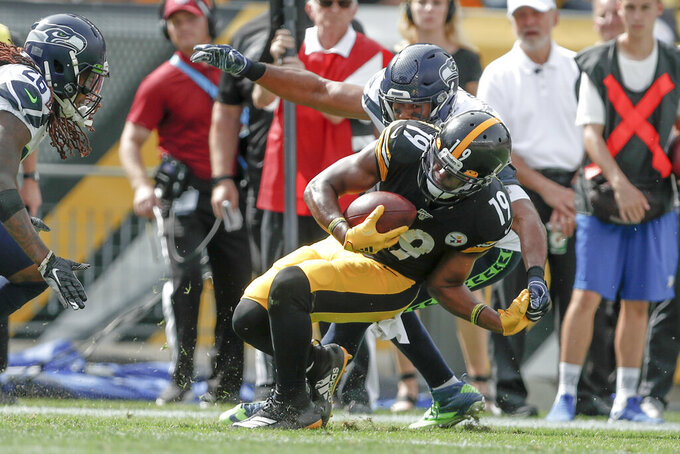 RENTON, Wash. (AP) — Bobby Wagner usually is not shy about promoting his position, noting that sometimes linebackers can get lost in the attention typically lavished on pass rushers getting sacks and defensive backs making interceptions.

So while the Seahawks' linebacker trio is getting a little bit of notice for bucking a trend, he's more than happy to talk about it.

"The more linebackers, the merrier in my opinion," he said.

A big part of the reason is the trio Seattle has at the linebacker position. Wagner is an All-Pro. K.J. Wright is healthy after missing a significant portion of last season with knee injuries. And Mychal Kendricks is the new addition who is able to use his speed to match up in ways Seattle couldn't in the past with its personnel.

The question of would be the nickel cornerback for Seattle was big during training camp after Justin Coleman left in free agency. Turned out that all that watching and examination was a mostly futile exercise.

Kendricks was on the field for 89% of the plays in Week 1 and 68% in Week 2. Wright was in for more than 90% of the snaps in both games. And Wagner? He never leaves the field. He's played every snap during the first two weeks.

The advantage for Seattle in keeping an extra linebacker on the field comes in the run game, where the Seahawks have limited Cincinnati and Pittsburgh to a combined 115 yards. But to stay in that defense, the linebackers must be excellent in pass coverage with the speed to match up against tight ends, running backs and occasionally wide receivers in the slot.

Wright's health and the addition of Kendricks have made playing this way possible.

"Usually what teams do was they would make us go small, then run the ball on us," Wright said. "The beauty of it is you've got the big guys out there, you're not going to be able to run against us — you shouldn't be able to run against us. We saw it in the first two weeks. We did pretty solid against the run, and we've definitely got to continue that this week."

Even without Drew Brees, this week's game against New Orleans will test how much Seattle can continue with this trend. The Saints have passed on 64% of their plays through two weeks. Seattle also will have another week with veteran Jamar Taylor on the roster. Taylor was signed after Week 1 and played 19 snaps in Week 2.

But it likely won't be a drastic change. Not with how much coach Pete Carroll has liked the way the trio played the first two weeks.