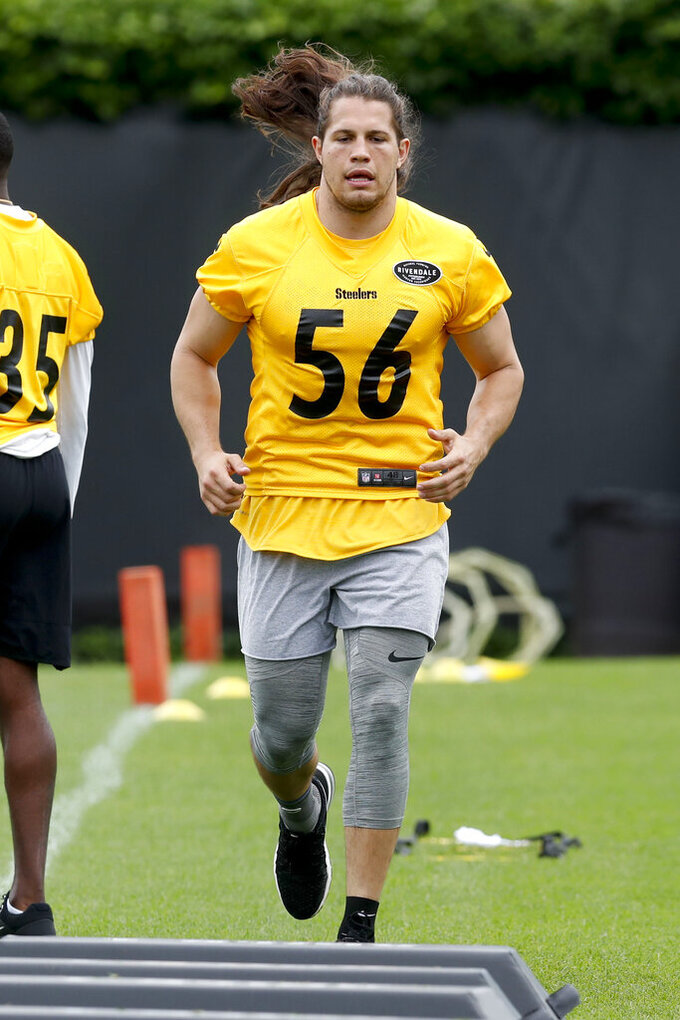 FILE - In this May 30, 2019, file photo, Pittsburgh Steelers backup linebacker Anthony Chickillo runs a drill during an NFL football practice in Pittsburgh. Misdemeanor charges have been dropped against Chickillo who had been accused of injuring his girlfriend during a fight in their western Pennsylvania hotel room earlier this month. Chickillo had been charged with simple assault, criminal mischief and harassment after the Oct. 20 fight at Nemacolin Woodlands Resort. Fayette County District Attorney Richard Bower said Wednesday, Oct. 30, 2019, that the woman no longer wanted to pursue charges. (AP Photo/Keith Srakocic, File)

PITTSBURGH (AP) — Pittsburgh Steelers linebacker Anthony Chickillo is back at practice after being taken off the commissioner's exempt list.

The league made the move on Thursday, one day after misdemeanor chargers were withdrawn against Chickillo stemming from an incident with his girlfriend at a western Pennsylvania resort earlier this month.

Police said the couple got into an argument over table games at Lady Luck Casino on Oct. 20 that later became physical in their hotel room. Chickillo was charged with simple assault, criminal mischief and harassment. The league placed him on the exempt list last week, allowing him to visit the team's facility but barring him from practicing or playing in a game.