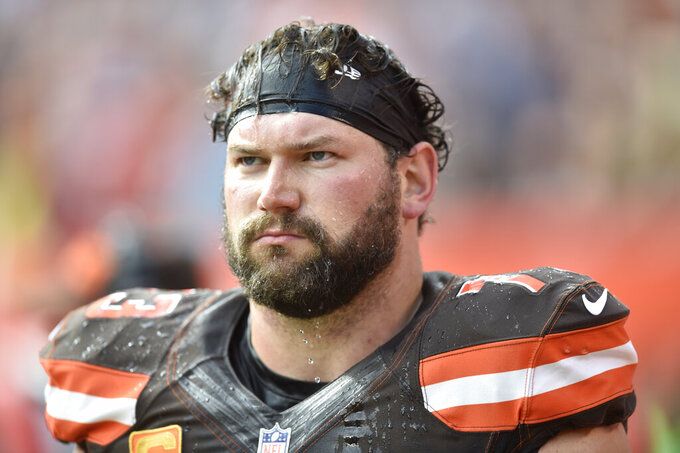 The nine new candidates combined for 52 Pro Bowl berths, 30 first-team All-Pro selections, with five of the nine winning Super Bowls and five making an all-decade team. Johnson also won an Offensive Player of the Year award in 2009 and Harrison was picked as top defensive player in 2008.

Thomas was one of the top tackles in the league over a durable 11-year career that saw him selected first-team All-Pro six times and second team two other times. He had a streak of 10,363 consecutive plays while playing for the Browns his entire career.

Revis, who also came out in the 2007 draft, moved around much more, spending time with the Jets, Tampa Bay, New England and Kansas City.

His best play came in New York where he was a first-team All-Pro from 2009-11 and finished second in Defensive Player of the Year voting in 2009 when he repeatedly shut down top receivers by sending them to "Revis Island."

Revis spent one year in New England, helping the Patriots win the Super Bowl in the 2014 season.

Freeney spent most of his 16-year career in Indianapolis where his speed off the edge and dominant spin move led to 125 1/2 career sacks. He anchored a defense that complemented a high-powered offense led by Peyton Manning and helped the Colts win the Super Bowl following the 2006 season.

The list will be reduced to 25 semifinalists in November and to 15 finalists in January before the selection committee discusses and chooses the class of 2023 that will be enshrined in August.

The 15 finalists will be trimmed to 10 and then five during the selection meeting early next year. The final five candidates will need to get 80% of the votes from the panel to get into the Hall.

They also will get in if they get support from at least 80% of voters in January.