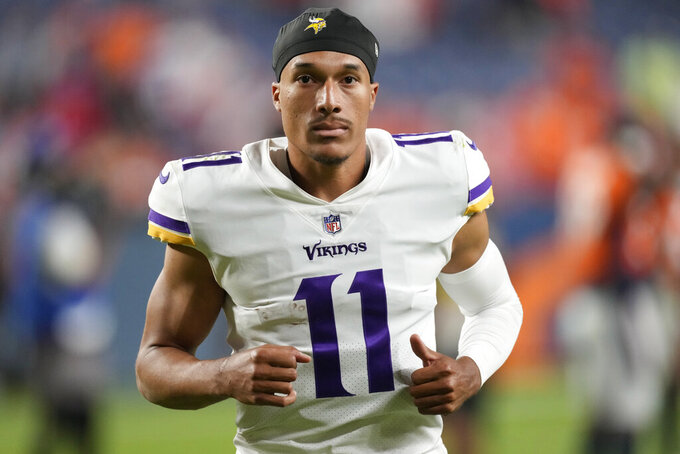 Mannion and Mond became expendable last week when the Vikings acquired Nick Mullens in a trade with Las Vegas for a conditional 2024 seventh-round draft choice. Cousins has never missed a game to injury in his NFL career.

Mond was the first of four picks the Vikings made in the third round in 2021, the 66th overall selection out of Texas A&M. Ryan Tannehill (No. 8 in 2012) and Johnny Manziel (No. 22 in 2014) were the only other Texas A&M quarterbacks in history to be drafted higher.

The 6-foot-3, 212-pound native of San Antonio was deemed too raw as a rookie for any role beside the No. 3 job. He was only active for one game, when Cousins was out with COVID-19 and Mannion started at Green Bay in Week 16, but he attempted only three passes in relief in that game.

Over three preseason games this month, Mond went 29 for 51 for 303 yards, two touchdowns and two interceptions while taking five sacks.

Mannion has drawn rave reviews from Cousins and the coaching staff for his character and intelligence, but since being drafted in the third round in 2015 by the Rams he has only three career starts. Filling in for Cousins against the Packers last year, Mannion went 22 for 36 for 189 yards, one touchdown and two sacks with no turnovers.

Both Mannion and Mond are candidates for the practice squad.

The Vikings made two trades, sending guard Jesse Davis to Pittsburgh for a conditional 2025 seventh-round draft pick and acquiring Houston defensive lineman Ross Blacklock and a seventh-round 2023 draft pick for a 2023 sixth-rounder. The departure of Davis all but secured a starting spot at right guard for rookie Ed Ingram Jr.

Blacklock was a second-round pick in 2020. He'll essentially replace defensive lineman Armon Watts, the most accomplished of the 23 players let go by the Vikings. Watts was the only player listed on the first team on the depth chart who participated in the second preseason game on Aug. 20, so the coaching staff was clearly not yet sold on his status in the lineup next to Harrison Phillips and Dalvin Tomlinson on the interior of the 3-4 base defense.

Luiji Vilain, an outside linebacker from Wake Forest, and Ryan Wright, the punter from Tulane, were the only undrafted rookies to make the initial 53-man roster.