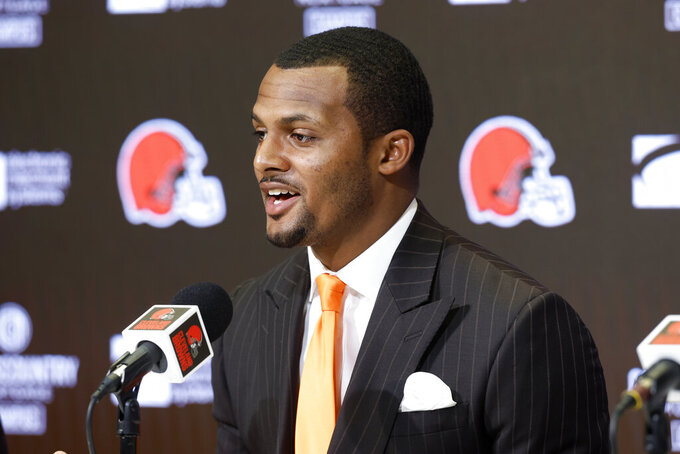 OUTLOOK: Watson's arrival has altered everything: the draft, the upcoming season, the long-term plan, Mayfield's future. GM Andrew Berry unloaded three first-round picks, a third-rounder in 2023, and 2022 and 2024 fourth-round selections for Watson, a three-time Pro Bowler accused by nearly two dozen women in Texas of sexual assault. Mayfield is on the market, but the Browns are struggling to find a partner due to his $18.8 million salary next season. Cooper drops into the No. 1 receiver spot, but the Browns still need depth at that position. Landry remains unsigned as a free agent and could return. Defensive end is another priority, but there's still a chance the team could re-sign Clowney, who was healthy and productive in 2021. Berry has been aggressive in two previous drafts with Cleveland, and given the team's substantial investment in Watson, it wouldn't be surprising to see Berry make a major move again for a coveted WR.