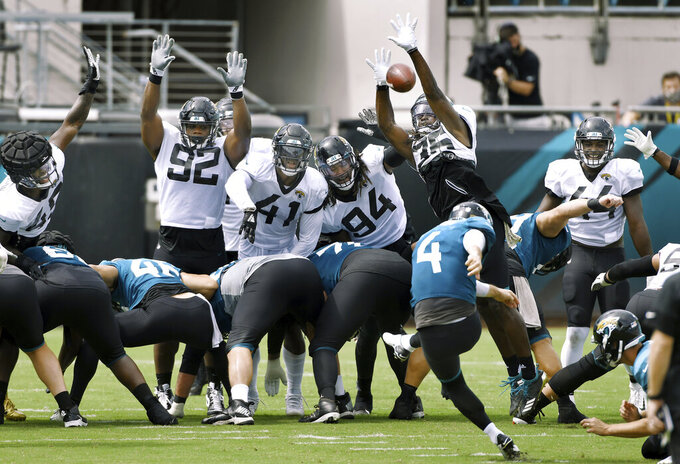 BEREA, Ohio (AP) — The Browns have acquired safety Ronnie Harrison in a trade with the Jacksonville Jaguars, who will receive a fifth-round pick in 2021 from Cleveland.

The loss of rookie safety Grant Delpit for the season with a torn Achilles tendon sent the Browns shopping for a safety. On Thursday, general manager Andrew Berry pulled off the swap for Harrison, who is in his third season from Alabama.

Delpit, a second-round pick from LSU, suffered his season-ending injury while doing individual drills in early in practice last month. He had been expected to start alongside Karl Joseph, who was signed by the Browns as a free agent this winter.

The 6-foot-3, 214-pound Harrison made 22 starts for Jacksonville, which selected him in the third round of the 2018 draft. He's played in 28 games and made 103 tackles along with three interceptions.

Harrison started 14 games last season and finished second on the team in tackles (70). He was a member of two national title teams with the Crimson Tide.

He's played well for the Jaguars, but they felt like fourth-year pro Josh Jones would be a better fit on and off the field and had been planning to make the switch in recent weeks.

General manager Dave Caldwell and coach Doug Marrone are making a concerted effort to clean up the salary cap and the locker room.