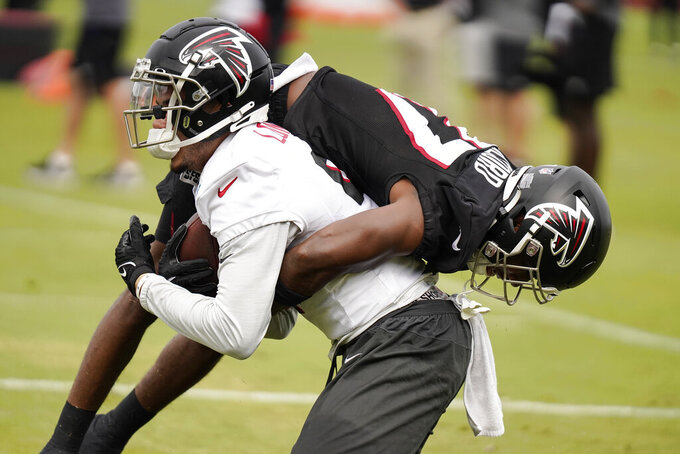 FLOWERY BRANCH, Ga. (AP) — Atlanta Falcons rookie receiver Drake London will likely be held out of practice this week because of a right knee injury, but the No. 8 overall pick isn't expected to miss significant time.

London was injured in the Falcons' preseason opener at Detroit, going out on the first series after catching a 24-yard pass.

Coach Arthur Smith said Sunday that London wasn't likely to practice this week, including joint workouts with the New York Jets ahead of an Aug. 22 preseason game at the Meadowlands.

“We hope to get everybody back healthy, ready to roll when the season rolls around," Smith said. "It’s nothing we’re concerned about long term.”

After the game against the Jets, the Falcons have a short turnaround before their preseason finale against Jacksonville on Aug. 27.

Considering how important London is to the Falcons' thin receiving corps, it's possible he won't play against until the Sept. 11 regular-season opener against New Orleans.

“We’ll see,” Smith said. “We’ll assess it week to week, and we’ll make the best decision. He’s had a really great camp. He’s got his feet wet, and I’m pleased with him.

"But like all of our guys, the number one decision we make is to make sure the health and safety of the player and how it affects him and the team and that’s where we start.”