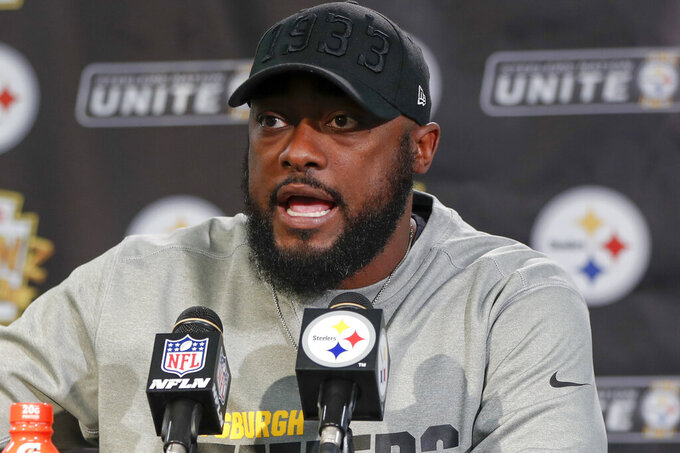 The NFL received its lowest overall score in racial and gender hiring practices in 15 years, according a new diversity report.

The Institute for Diversity and Ethics in Sport released its annual racial and gender report card Wednesday, giving the NFL a B for racial hiring practices and a C-plus for gender hiring practices. This gave the NFL a combined B-minus grade for its overall score of 79.3%, a notable decrease from its score of 81.6% last year.

Most notably, the B for racial hiring practices broke a streak of nine consecutive years of earning an A-minus or higher. The NFL's score for race was 82.3%, 6.7 percentage points lower than last year's score of 89%. The score for gender was 76%, a two-percentage point increase from 2018.

"Almost all of this is attributed to drop in head coach of color and general managers of color, because we put additional weight on those positions," Lapchick told The Associated Press.

Lapchick noted there are currently only four people of color in head coaching positions, down from a record-tying eight to start the 2017 and 2018 seasons.

Lapchick also noted that NFL is preparing to announce an executive vice president and chief people officer to strategically lead all of the various initiatives related to diversity and inclusion across the league. This role, previously held by Robert Gulliver, highlights the increased emphasis on continuing the League's progress when it comes to improving diversity and inclusion as a workplace and in all aspects of its business, according to Lapchick.

Lapchick also said hiring trends tend to be cyclical, so he's optimistic more people of color will be added in the next hiring cycle in 2020.

If not, he said, it might be time for players to get involved.

"I think the players will have to turn their attention to this if these numbers continue to carry on," Lapchick said. "If you're a team that hires a white coach, you won't think about it. But put it in context of 32 teams, it is notable."

For now, Lapchick notes in the study that "people of color and women are seriously under-represented in significant decision-making positions at the team level."