Rodgers held out of preseason game with back tightness 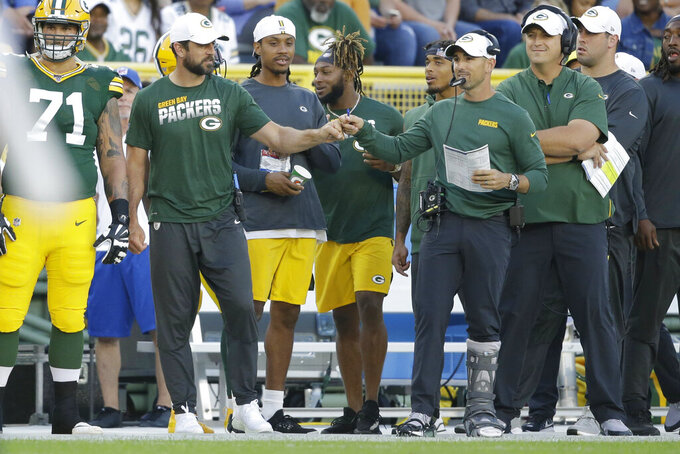 BALTIMORE (AP) — Green Bay Packers quarterback Aaron Rodgers will be held out of Thursday night's preseason game against the Ravens because of back tightness.

The Packers made the announcement on Twitter , saying the decision to keep him on the sideline "is precautionary."

Rodgers was poised to play the first game since sustaining a concussion in the season finale last year. He sat out Green Bay's 28-26 win over Houston last week.

The back ailment means Rodgers will have to wait at least another week to test out the new offense employed by Green Bay first-year coach Matt LaFleur.