Jones likely to get first start after relief duty vs Rams 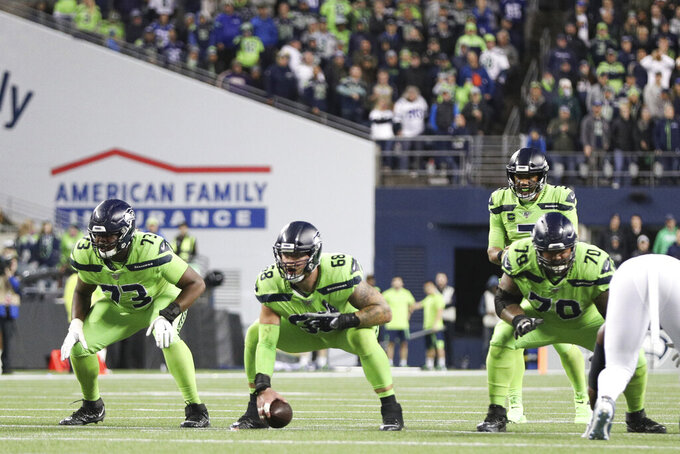 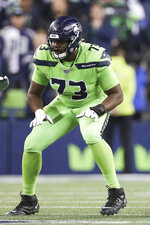 RENTON, Wash. (AP) — Just nine plays into the Seattle Seahawks' game with the Los Angeles Rams, Jamarco Jones was called upon to get the first regular-season action of his career at a position he'd never played before.

Jones, a tackle throughout his prep and college career, was thrown in at right guard in place of an injured D.J. Fluker and was tasked with slowing down the reigning NFL Defensive Player of the Year. The way Jones performed that monumental task left the Seahawks extremely excited about their 2018 fifth-round pick.

"He did really well," coach Pete Carroll said. "I was shocked that it was so smooth for him to move to the right side and play guard when there's no background other than in practice, you know. He moved his feet well, he played strong. Assignment-wise he was solid. I think he got out of the game with no pressures, might have been the only guy up front that did that."

Jones had never played guard prior to last week. He had only taken occasional reps at the position with Seattle in practice. Yet tasked with blocking one of the league's best interior defensive lineman, Jones held his own.

"The moment wasn't too big for him. He went in and he executed beautifully," offensive line coach Mike Solari said. "He just has a nice feel for it and understanding angles and adjustments and proper feel of the line play. Not everybody has it. It's something you develop.

Jones was just excited to get the opportunity. He missed his entire rookie season after an ankle injury in the preseason required surgery and a year spent on injured reserve.

Jones appears set to make his first start this Sunday against the Cleveland Browns. Fluker has not practiced this week due to the hamstring pull that forced him out of the Rams game after just two drives. Backup guard Ethan Pocic finally returned to full participation in practice Thursday after a back injury had sidelined him the last several weeks.

While Jones didn't have to handle Donald exclusively, the Seahawks as a whole limited the Rams to just one sack of quarterback Russell Wilson. Donald came up empty for the first time in four games against Seattle. He had racked up 6.5 sacks in his last three games against the Seahawks.

"You got Aaron Donald on the other side, arguably the best defensive lineman ever to play the game. And he handled things great," Wilson said.

Jones may still project more as a tackle for Seattle in the long term. Right tackle Germain Ifedi is set to be a free agent after the season and the Seahawks could look to slide Jones into that spot as a starter for the future. But for the time being, Jones is getting a chance at a position he has barely played and is making a strong early impression.

"Handling Aaron Donald, that's a hard task to ask anybody to come in as their first game to go against, but he did a great job," running back Chris Carson said.