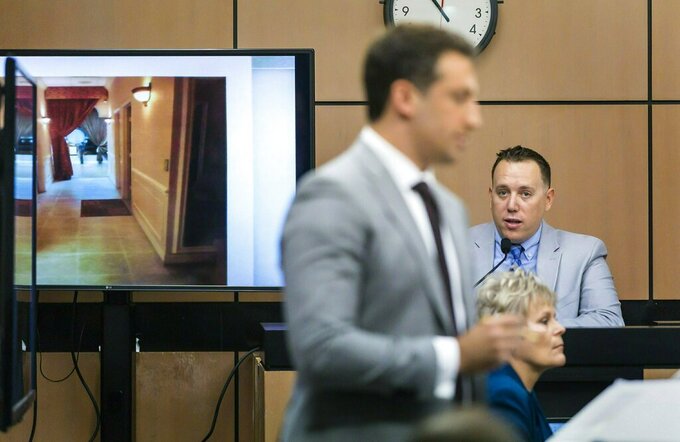 Attorneys for New England Patriots owner Robert Kraft have been going toe-to-toe with top Florida prosecutors in an attempt to get a judge to bar the use of video evidence that police say shows him having sex with prostitutes.

Kraft's high-profile legal team spent six hours Friday questioning the lead detective in the massage parlor prostitution sting that resulted in Kraft being charged with misdemeanor solicitation of a prostitute.

Attorney Alex Spiro questioned Jupiter detective Andrew Sharp over his investigative techniques and challenged the constitutionality of the search warrant that allowed him to install secret cameras inside the Orchids of Asia Day Spa. Kraft is charged with paying for sex there twice in January. He has pleaded not guilty but has also issued a public apology for his actions.

The hearing is scheduled to continue Tuesday.

Attorneys for New England Patriots owner Robert Kraft are in court asking a judge to throw out a video police say shows him paying for sex at a Florida massage parlor.

Kraft's attorneys will tell Judge Leonard Hanser on Friday that police violated the 77-year-old businessman's constitutional rights when they installed video cameras in the Orchids of Asia Day Spa in January. In court documents, they write that a prostitution investigation did not "warrant the eye-popping invasions that occurred here."

Palm Beach County prosecutors said Kraft had no expectation of privacy outside his home.

Kraft and 24 other men were charged with paying for sex acts at the spa. He has pleaded not guilty.

Prosecutors originally said human trafficking might be involved, but have retracted that.