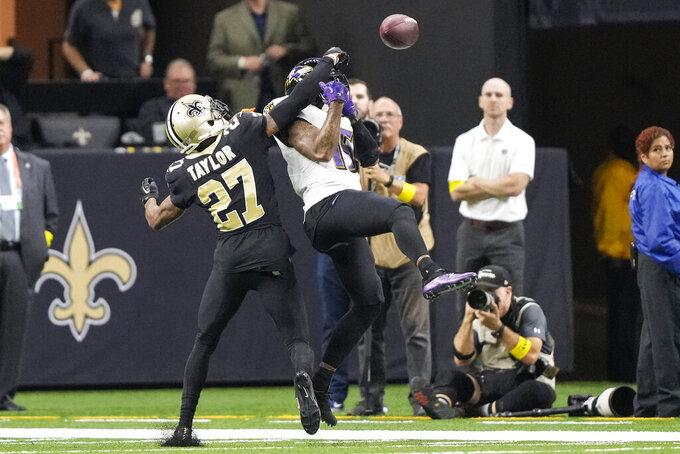 OWINGS MILLS, Md. (AP) — The Baltimore Ravens have signed receiver DeSean Jackson from the practice squad to the 53-man roster.

The team announced the move Tuesday. Baltimore signed Jackson to the practice squad in October. He was promoted to play in three games so far, catching five passes for 100 yards, including a 62-yarder in a loss at Jacksonville two weekends ago.

Jackson turned 36 on Dec. 1, but the Ravens need all the help they can get at receiver with Rashod Bateman out because of foot problems.