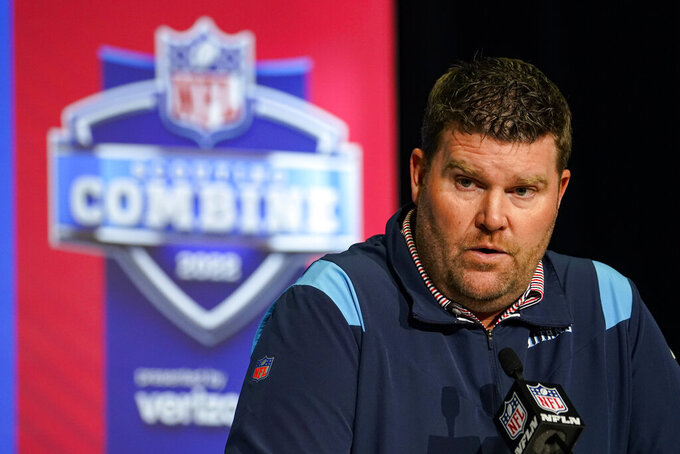 NASHVILLE, Tenn. (AP) — A person familiar with the deals says the Tennessee Titans are keeping center Ben Jones in the middle of their offensive line and are adding Seattle offensive lineman Jamarco Jones.

Ben Jones agreed Monday to a two-year deal worth $14 million, while Jamarco Jones also agreed to terms, according to the person who spoke on the condition of anonymity to The Associated Press because the contract with Ben Jones had not been announced and Jamarco Jones cannot sign until the start of the new league year Wednesday.

Ben Jones has started all but one game in his six seasons since leaving Houston for Tennessee in 2016. Jamarco Jones was a fifth-round pick out of Ohio State in 2018, but the 6-foot-4, 293-pound lineman started seven of 36 games played with Seattle. His deal reportedly is worth two years and $5.75 million.

The Titans announced Monday they agreed to a one-year contract with tight end Geoff Swaim, keeping him off the free agent market.

Swaim was one of three Tennessee tight ends poised to hit free agency along with Anthony Firkser and MyCole Pruitt. Now the Titans keep someone who had a career-high three touchdown catches in the contract announced Monday.

A seventh-round pick by Dallas out of Texas in 2015, Swaim has been with Tennessee since 2020. He started 16 games last season and tied for fourth on the Titans with 31 catches for 210 yards receiving. His three TD catches tied for third on the team.