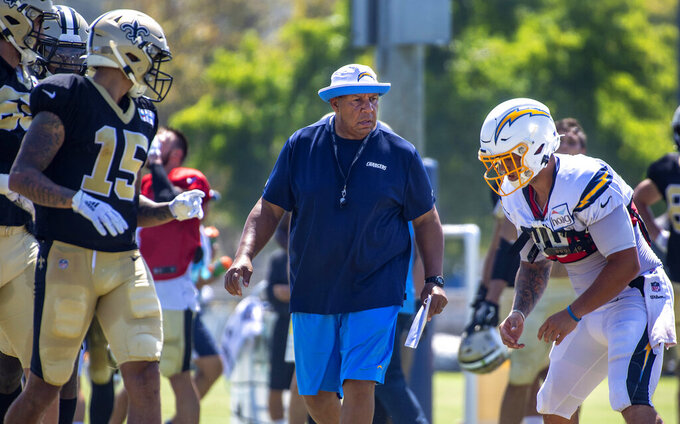 The move comes after a series of breakdowns on special teams nearly cost the Chargers (3-7) against the New York Jets on Sunday. Punter Ty Long was supposed to run out the clock before taking an intentional safety but went down with one second left in the fourth quarter. The Chargers were able to cover the ensuing free kick and hold on for the 34-28 win.

Long also had a punt blocked for the third time in four games, and the Chargers have struggled to produce yardage in the return game and limit the starting field position of their opponents throughout the season. They are 28th in punt returns, 30th in punt coverage, 31st in kick coverage and 16th in kick returns.

“We weren’t getting it done, so I feel like we need to make a change,” Lynn said.

Stewart, who will become an analyst, has been with the Chargers since 2017. He has coached in the NFL for 32 years, directing special teams in stints with Pittsburgh, Tampa Bay and San Francisco before coaching wide receivers in Atlanta and Minnesota.

This is the second straight season Lynn has made a significant in-season change to his coaching staff. Offensive coordinator Ken Whisenhunt was fired midway through the 2019 season.