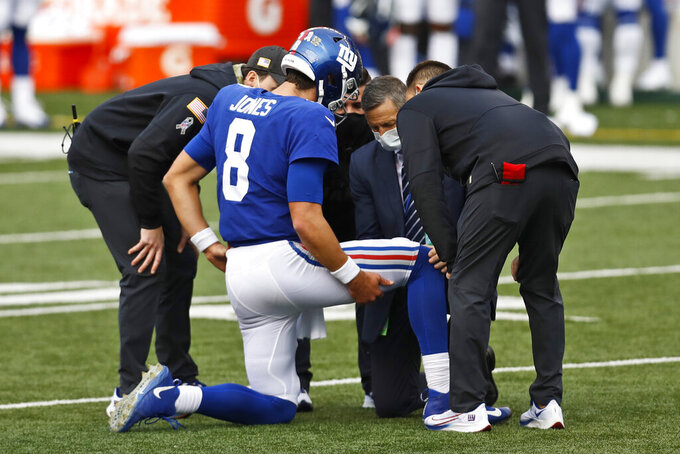 Indianapolis left tackle Anthony Castonzo and starting linebacker Bobby Okereke are both active for the Colts’ visit to the Las Vegas Raiders.

Josh Jacobs had a social media post caught by a screen grab where the running back said he wasn't playing despite being active and warming up before the game. Right tackle Trent Brown and safety Johnathan Abram all are active for the Raiders in a key game for both teams’ AFC playoff hopes.

Castonzo was questionable with a knee injury after missing last week’s game against Houston. Okereke, the Colts’ fourth-leading tackler despite missing the past two games, had been out with an ankle injury.

Before the game, the Colts put backup rookie linebacker Jordan Glasgow on the reserve/COVID-19 list and activated safety Ibraheim Campbell.

Running back Frank Gore and wide receiver Jamison Crowder were both active for the New York Jets against the Seattle Seahawks. Gore (concussion) and Crowder (calf) had both been listed as questionable. Gore suffered his concussion in the first quarter last week against Las Vegas, but was cleared to return to practice on Wednesday.

Atlanta will be without three offensive starters the Los Angeles Chargers. Wide receiver Julio Jones, right tackle Kaleb McGary and left guard James Carpenter are all out with Jones missing his fourth game because of a hamstring injury.

Washington will be without leading rusher Antonio Gibson, who already had been ruled out with turf toe. He left last week’s game after just two carries. Washington’s right tackle Morgan Moses is active after being listed as questionable.

San Francisco cornerback K’Waun Williams (ankle) is out after being listed as questionable.