Colts will put Vinatieri on injured reserve with knee injury 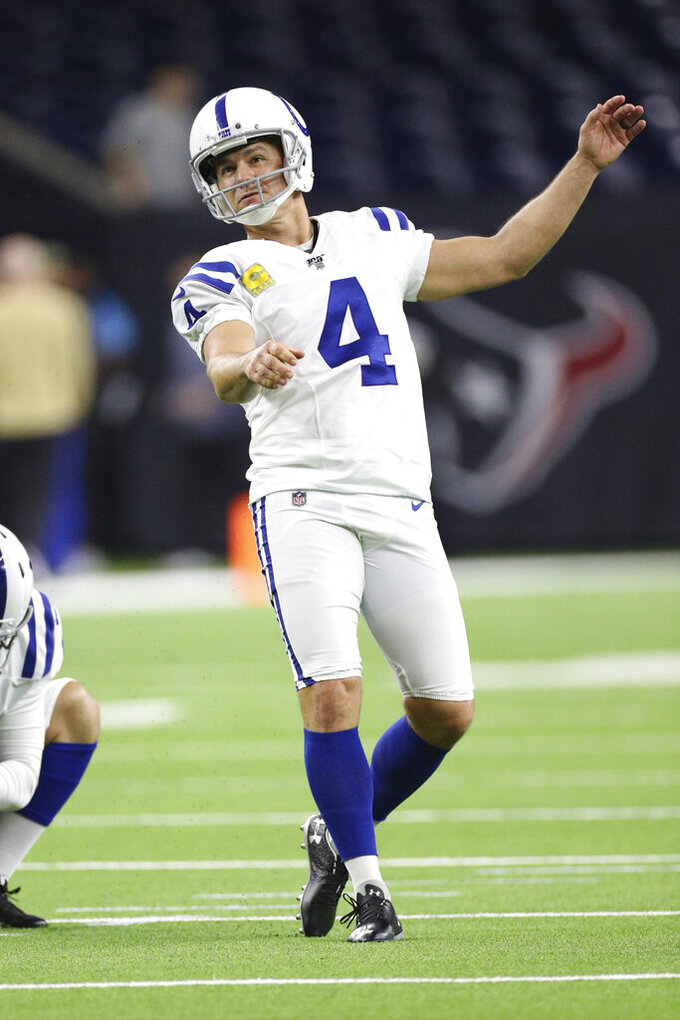 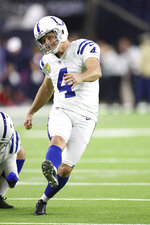 The Colts announced Monday that Vinatieri will have season-ending surgery for an injury he attempted to play through all season after first experiencing soreness in the knee at training camp.

Coach Frank Reich said team doctors had monitored Vinatieri throughout the season and that it didn't affect Vinatieri's performance at practice. And the NFL's career scoring leader repeatedly refused to say that the injury played any part in an uncharacteristic season in which he missed a league-high 14 kicks — six extra points and eight field goals.

Reich said when the knee flared up again last week, Vinatieri had a scan that revealed he needed surgery.

Indy (6-7) claimed rookie kicker Chase McLaughlin off waivers last week. McLaughlin made all of his extra points and two of three field goals in Sunday's 38-35 loss at Tampa Bay. But he missed a 47-yarder in the fourth quarter.

Vinatieri has played in the fourth-most games in Colts history, trailing only Reggie Wayne, Peyton Manning and the Johnny Unitas.

In addition to holding the scoring record with 2,673 points, Vinatieri also holds the league record with 599 field goals made in his career.

The four-time Super Bowl champion is the third-oldest player to participate in a game and is the only player to top the 1,000-point mark with two teams.

And even though Vinatieri could become a free agent in March, Reich said Monday that Vinatieri hopes to play next season.