Dolphins-Ravens matchup was a turning point a season ago 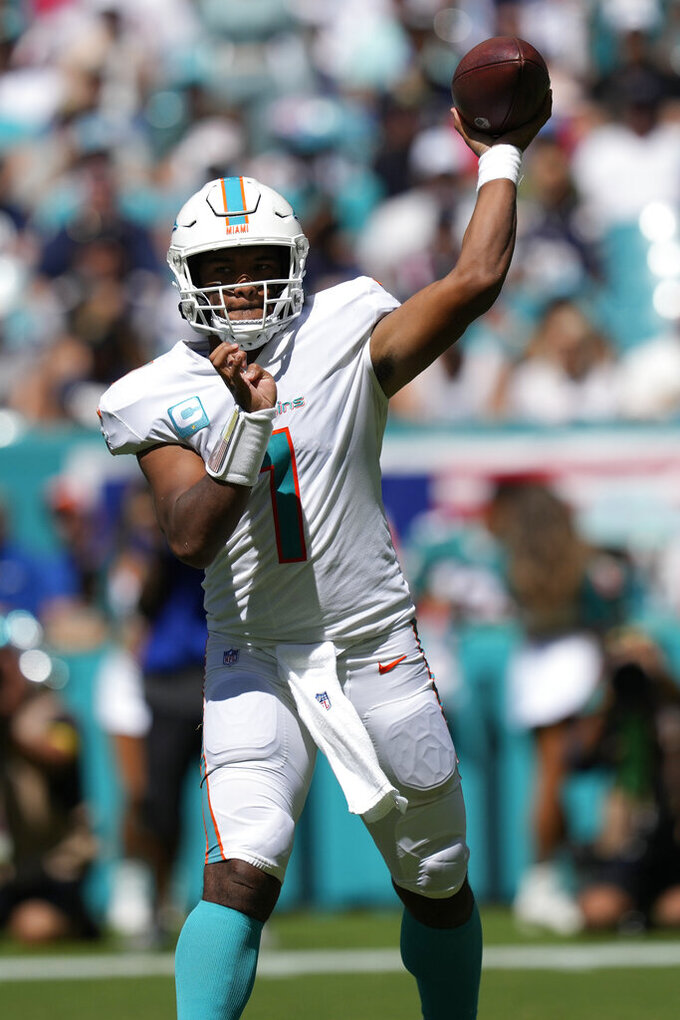 By the time last season ended, Miami's prime-time victory over Lamar Jackson and the Baltimore Ravens made a lot more sense.

That November matchup was a turning point of sorts for both teams. The Dolphins came into the game at 2-7. The visiting Ravens were 6-2. Yet Miami won 22-10 — and the Dolphins actually went on to finish with a better record than the Ravens.

The teams meet again Sunday in Baltimore, and this time, a close, hard-fought contest won't be much of a surprise. The Ravens do have more time to prepare than they did last year, when they played Miami on a Thursday night.

“I wish we could take the points that we scored or the points that we didn’t allow scored and apply it to this game,” Dolphins coach Mike McDaniel said. “Unfortunately, that is not the case. Teams are a collection of human beings that are in the present moment.”

McDaniel wasn't Miami's coach last season, although defensive coordinator Josh Boyer was on that staff, and it was the defense that keyed the victory over Baltimore. That was the second of what turned out to be seven straight wins for the Dolphins, who nearly made the playoffs after a terrible start. Baltimore faded badly down the stretch and finished under .500 in an injury-plagued season.

Both teams won their openers impressively this year. The Ravens beat the New York Jets 24-9 in the first of four consecutive games they will play against AFC East opponents. Miami topped New England 20-7 in McDaniel's head coaching debut.

Tyreek Hill had 94 yards receiving in his first game since being acquired by the Dolphins. He gives quarterback Tua Tagovailoa another big-play threat to throw to along with Jaylen Waddle.

“Obviously, speed — they have two of the fastest receivers in football playing for them,” Ravens coach John Harbaugh said. "Two running backs who run that scheme extremely well, and what I mean by that (is) the wide zone-type scheme. So, that’s kind of how they’re built on offense.”

The Dolphins had success last year by blitzing Jackson and keeping him under pressure. It was one of the defense’s best performances.

Jackson was sacked four times and intercepted once. Miami may be able to duplicate that success, but it won’t be easy.

“He’s a very dynamic player,” said safety Jevon Holland, who had a tackle for loss and a sack against the Ravens last season. “One of a kind. You try to replicate it as much as possible, but game speed and practice speed are completely different.”

The Ravens traded wide receiver Marquise Brown in the offseason, so the expectation was that second-year man Rashod Bateman would play a bigger role. He came through with a 55-yard touchdown catch in the opener, but Devin Duvernay's performance may have been even more noteworthy. After mostly making an impact as a returner last season, Duvernay caught two TD passes from Jackson.

“We’re not concerned about what anyone else has been saying about us,” Bateman said. “I think it showed last weekend.”

Baltimore didn't need to rely that heavily on star tight end Mark Andrews, but he did have a team-high five catches.

Though McDaniel brought with him a reputation for employing creative, dominant running games, the Dolphins haven’t yet shown much improvement from a year ago.

Questions remain about what exactly the Dolphins’ rushing attack will look like, and how much it will be a featured part of Miami’s offense.

McDaniel said he hasn’t seen a common theme through the preseason and the opener that would point to why Miami hasn’t been productive on the ground, but he expects the Dolphins to have more yards rushing in the future, depending on the type of defenders they face.

“The whole idea of the offense in general is not to have a ton of yards rushing every week,” he said. “It’s to have a productive offense and to take advantage of what the defense is giving you. There will be games with that type of effort.”

Miami rushed for 65 yards against the Patriots. Chase Edmonds and Raheem Mostert carried the ball most, combining for 41 yards.

The Ravens will try to improve to 14-1 in home openers under Harbaugh. The lone defeat came in 2015 against Cincinnati in a season when Baltimore went 5-11.

The Ravens put LT Ja'Wuan James (Achilles) and CB Kyle Fuller on injured reserve. Ronnie Stanley (ankle) could play LT if he's able to return from his own injury problems, but if not, Patrick Mekari is next on the depth chart. RB J.K. Dobbins (knee) is still trying to make it back from a knee injury that kept him out all last season.

Both of Miami's starting offensive tackles were hurt last weekend. Terron Armstead was listed with a toe injury, and Austin Jackson an ankle injury.