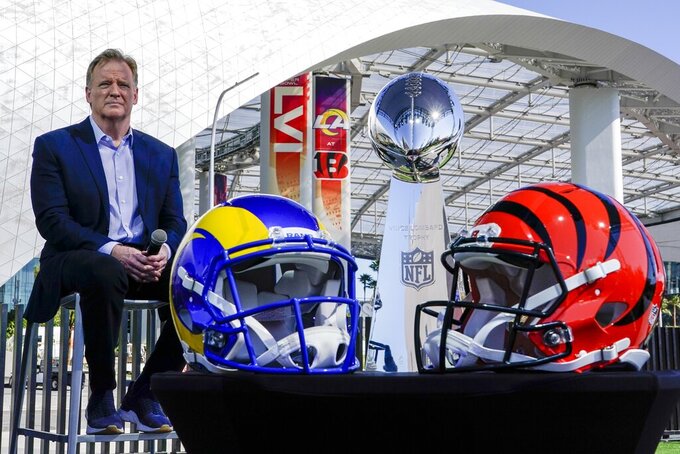 There were nine head coach openings this offseason and two went to minorities: Mike McDaniel, who is biracial, and Lovie Smith, who is African American and replaced David Culley, who also is Black. That brought the total of minority head coaches to five, three Black.

McDaniel replaced Brian Flores, who named the league and three teams — the Dolphins, Denver Broncos and New York Giants — in a class-action lawsuit earlier this month, alleging unfair hiring practices in the NFL.

“The NFL has produced an astonishing pool of Black coaching talent that owners routinely have ignored when filling the top job," Morial said. "We are committed to working with the owners and the league to bring the spirit of ‘Inspire Change’ to the head coaching rosters.”

The civil rights leaders challenged the league to set measurable goals for recruiting and hiring diverse candidates. They also called for the creation of an advisory commission that would make recommendations to the NFL and establish guidelines.

The meeting Thursday was a continuation of a discussion that began last week, when the civil rights leaders called for the NFL's to replace the Rooney Rule. It was established in 2003 and requires teams to interview candidates of color for head coaching and senior football operation positions.