Inspired Bears ready for training camp, except the kickers 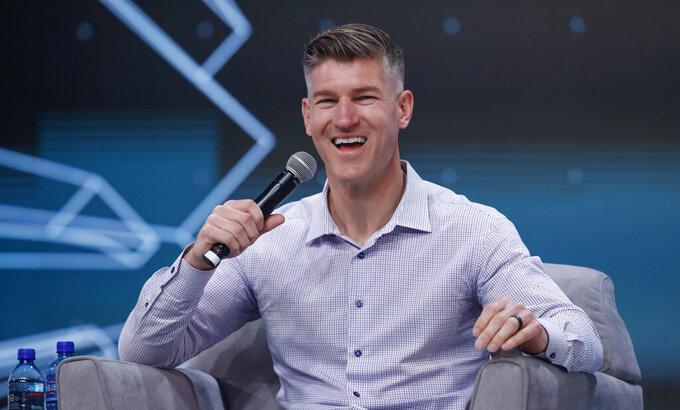 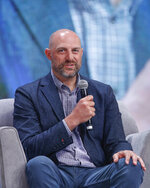 A weekend around the likes of Dick Butkus, Doug Plank, Richard Dent and other Bears greats at the franchise's 100th anniversary celebration hardly doused those flames.

They'll have to wait six weeks, but the Bears started wrapping up offseason work on Tuesday with mandatory minicamp by saying they're already prepared to begin making up for the way last season ended.

"That first-round game, that's just fuel to our fire," Jackson said after the first of three minicamp practices. "We came up short. We're just ready to get back at it.

"You could tell everyone was here 100 percent for OTAs. So that just shows you that everyone is on board and we're just ready to chase greatness."

Everyone, perhaps, except the kicking candidates.

Elliott Fry, Chris Blewitt and Eddy Pineiro each missed in succession from 42 yards during Tuesday's practice, a yard shorter than Cody Parkey missed from to end the Bears' playoff loss to the Eagles.

A positive going forward is their team's overall health. Almost every Bears player is back for the minicamp, which ends Thursday.

Jackson returned after he missed time last week when someone stepped on his heel, and tackle Bobby Massie returned earlier after missing time in OTAs with a neck injury.

The defense continues to try to get down different terminology under new defensive coordinator Chuck Pagano.

"I will say we're certainly at that point right now where our guys are ready," Nagy said. "They're ready to put the pads on.

"They're sick and tired of me saying, 'don't you get close to that quarterback, don't tip the ball, don't grab jerseys, don't do that."

Tuesday's practice came with more Bears alumni around. A group of 20 watched current players who were a bit in awe of them last weekend.

Defensive players expressed everything from gratification to shock to inspiration after visiting with past Bears greats.

"You want to kind of mimic that," cornerback Kyle Fuller said.

"Pretty much Butkus was like, 'Just be violent. By all means be violent.' That was his main thing," Smith said. "And pretty much Otis, from the '85 team, it was more saying the same thing: 'get the quarterback, knock him out,' stuff like that. It was very similar."

Jackson was on a panel with safeties Plank, Gary Fencik and Mike Brown, and couldn't believe it when he heard Plank once tackled a woman who at a public appearance wanted to challenge him.

"The story about him tackling the woman — that was like one of the craziest things I ever heard," Jackson said. "We thought he, like, either gave a love tap, but we heard he really tackled her. I couldn't believe it. And everybody vouched for the story."

Pass rusher Khalil Mack appreciated listening to franchise sacks leader Richard Dent offer advice on how to use his hands differently against blockers.

"It definitely gives you a confidence boost," Mack said. "But just being a player and being a leader on the team, you understand that we could talk all day. It's ultimately about going out and showing our actions and balling as one unit, as one team and as one family."

The lesson Nagy said they all took from the convention and former players was unity.

"It was a brotherhood, it was a family, it was a bond," Nagy said. "It's not about being better than any other team that was here, it's about just carrying on that tradition."