McCarthy: Firing 'couldn't have been handled any worse' 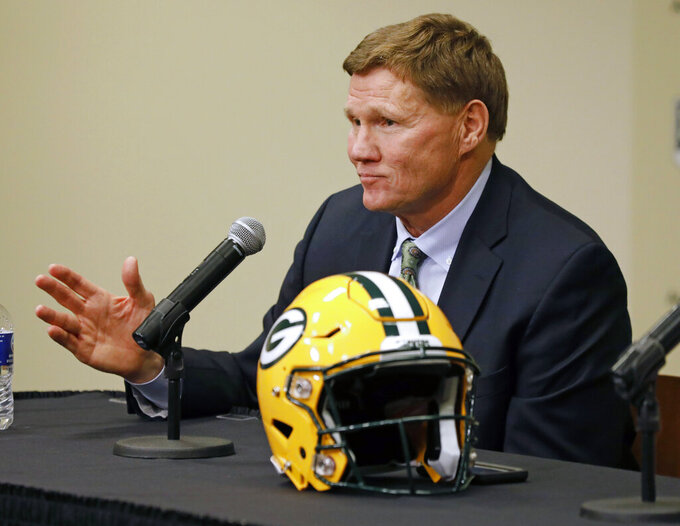 FILE - In this Dec. 3, 2018, file photo, Green Bay Packers' team president Mark Murphy speaks about the firing of head coach Mike McCarthy during a press conference at Lambeau field in Green Bay, Wisc. McCarthy says in a new interview that he was “stunned” at the timing of his firing and that his dismissal “couldn’t have been handled any worse.” McCarthy tells ESPN in a story published Wednesday, April 3, 2019, that he knew it might be time for him to go if the Packers missed the playoffs. (AP Photo/Mike Roemer)

GREEN BAY, Wis. (AP) — Former Green Bay Packers coach Mike McCarthy says he was surprised and stunned at the timing of his firing last December and believes his dismissal was handled poorly.

McCarthy told ESPN in a story posted Wednesday he knew it might be in trouble if the Packers missed the playoffs. But he was fired with four games left after the Packers lost at home to Arizona, dropping the team to just 4-7-1.

"If we missed the playoffs, I expected change might happen," McCarthy said. "But the timing surprised me. It couldn't have been handled any worse."

McCarthy said he was summoned to a meeting with team President Mark Murphy after the loss and fired in a discussion he said was impersonal and "hard to swallow." He said he always tried to be gentle in releasing players and he didn't get the same treatment.

"Mark said it was an ugly loss, and it was time to make (a) change," McCarthy said. "He said something about the offense and the special teams, and he didn't think it was going to get any better. There was no emotion to it. That was hard."

McCarthy said he is taking a year off but working hard to prepare for a possible coaching job next season.

"Time provides the opportunity for reflection and clarity and that's where I'm at now," said McCarthy, who interviewed for the Jets' coaching job that went to Adam Gase. "And it's clear to me now that both sides needed a change."