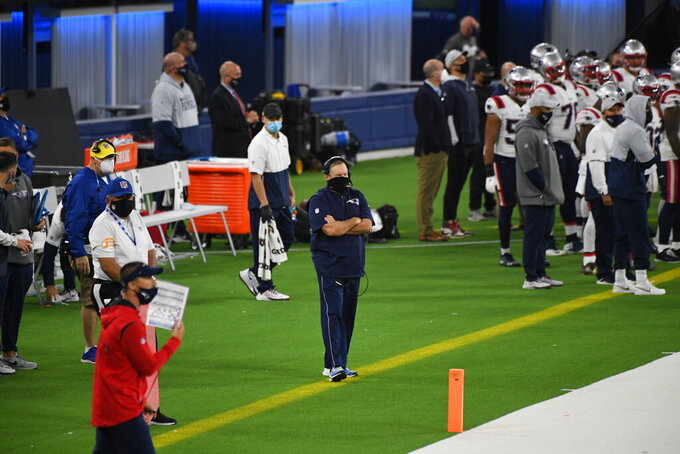 The Buffalo Bills improved to 10-3 overall and 7-2 in the conference with their 26-15 win over the Pittsburgh Steelers on Sunday night. It eliminated the hopes of New England (6-7, 5-4) to extend its NFL-record run of 11 straight division titles. The Los Angeles Rams own the NFL’s second-longest division streak, earning seven straight titles from 1973-79.

The Bills also beat New England 24-21 in Buffalo last month, though with their records now, the Patriots can't catch Buffalo in the standings. The last time the Patriots failed to win the division was 2008, when Tom Brady suffered a season-ending injury in the opener.

This will also be the first time since Belichick's first season in New England in 2000 that an AFC East foe has finished with more victories than the Patriots. In 2008, both New England and Miami were 11-5, but the Dolphins won the division on a tiebreaker, and the Patriots missed a wild-card spot by losing other tiebreakers.

The Jets and Patriots both finished 9-7 in 2002, with New York taking the division title.

New England is still mathematically alive to extend its league-record 11 consecutive playoff berths, but will need lots of help over the remainder of the season to do so.

“We’re very aware of what’s going on in the football world. We definitely know who needs to do what," Patriots defensive end Deatrich Wise said. “But we can’t focus on that because we’re not them, and we’re not in their team locker room. We should just continue doing what we need to do about winning games and trying to improve every week.”

The Patriots won six Super Bowls, nine AFC titles and 17 division championships after Brady took over as starting quarterback in 2001. In many of those years, they virtually cruised into the postseason.

Since last missing the playoffs in 2008, their average margin in the division has been more than three games, and in none of those seasons had the division title been up for grabs in the final week of the season.

Buffalo defensive coordinator Leslie Frazier didn’t downplay the significance of the Bills being in position to win the division.

“Absolutely. That was the goal, No. 1, going into this season, to win our division because of what it assures us,” he said. “It’s a big deal and we’re working as hard as we can to achieve that goal, because it’s the first step toward our ultimate goal.”