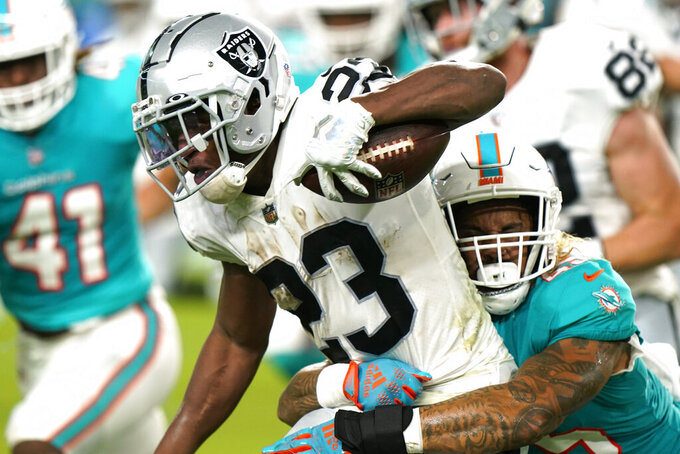 Phillips played the past two seasons with the Ravens, and coach John Harbaugh said he hoped the team could get him back for the practice squad.

Drake spent last season with the Las Vegas Raiders. Two seasons ago, he rushed for 955 yards and 10 touchdowns for the Arizona Cardinals.