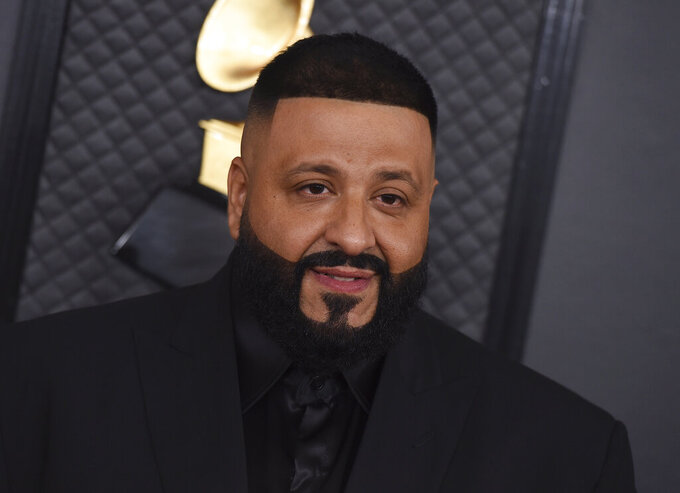 MIAMI (AP) — The Dolphins may not be playing in the Super Bowl, but it was all about Miami’s home-court advantage as local DJ Khaled performed Thursday night, surprising fans with an all-star lineup that included Rick Ross, Lil Wayne and Migos.

Fresh off a Grammy win for “Higher,” Khaled stressed “it’s all about the 305.” As neon palm trees and giant suns blazed in the background, Khaled — wearing a turquoise Dolphins jacket — brought up one surprise guest after another during the EA Sports Bowl at Bud Light Super Bowl Music Fest.

Hometown hero Rick Ross was first in the lineup, performing “All I Do Is Win” with Khaled and “I’m On One.”

Ludacris, 2 Chainz, Ball Greezy, Yo Gotti and Fabolous all took turns onstage. The crowd went wild when Migos performed their hit “Pure Water” and Lil Wayne helped close out the night with a handful of songs, including “Uproar."

“This is amazing that so many came out to represent Miami Super Bowl,” said Khaled, who seemed as excited as the crowd while watching his guests perform, even stopping at times to record them on his phone.

Several paid tribute to Kobe Bryant and late rapper Nipsey Hussle throughout the night, dimming the house lights and urging fans to shine their phone lights for the late basketball player.

Retired NFL players Peyton and Eli Manning kicked off the event with a prediction for Sunday's Super Bowl from the EA simulator, which favored the Kansas City Chiefs over the San Francisco 49ers.

Opening acts included Megan Thee Stallion and DaBaby, who was arrested on a battery charge earlier this month in Miami for allegedly punching a music promoter over payment for a performance. The Grammy-nominated rapper dismissed the incident onstage, calling it “some little (expletive) I was in last time I was here.”

Later, the “Suge” performer said he’d been warned not to go into the crowd — before heading offstage into the audience, anyway.

Meek Mill payed homage to his home team, the Philadelphia Eagles, flashing team memorabilia onscreen during his set. The team adopted his song “Dreams and Nightmares (Intro)” as their theme song a few years ago and supported the rapper while he was incarcerated.