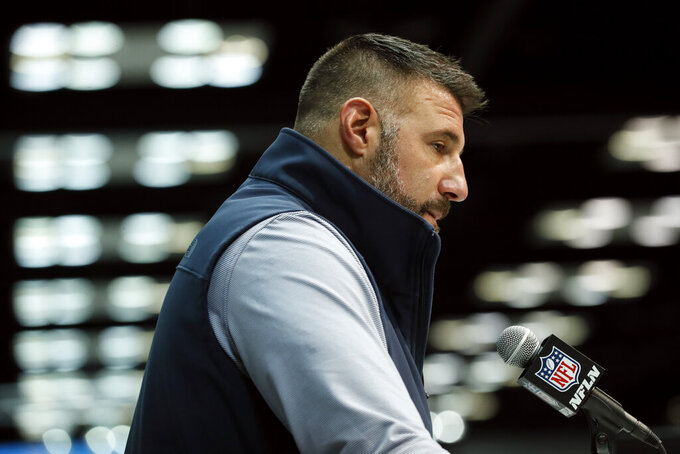 NASHVILLE, Tenn. (AP) — The Tennessee Titans have waived linebacker Cameron Wake after one season into what had been a three-year contract.

The Titans also announced Thursday they waived running back Dion Lewis, who still had two years left on the contract he signed in March 2018.

Wake, who turned 38 on Jan. 30, signed with the Titans last spring after 10 seasons with Miami. The one-time All Pro and five-time Pro Bowl linebacker got 2 1/2 sacks in Tennessee's season-opening win at Cleveland, giving him 100 1/2 for his career. Wake also had a safety in that game.

But he didn't have another sack in the next eight games before being placed on injured reserve in late November. Wake was due to count approximately $8.2 million against the salary cap.

Lewis signed with the Titans after three seasons with New England, and he played in every game. But Lewis started only seven games in 2018 and one in 2019 as Derrick Henry led the NFL in rushing.

The Titans also signed cornerback Chris Milton to a one-year contract. Milton played in six games and was a key special teams contributor after being claimed off waivers from Indianapolis last September. He has played 35 career games after the Colts signed him as an undrafted free agent out of Georgia Tech in 2016.