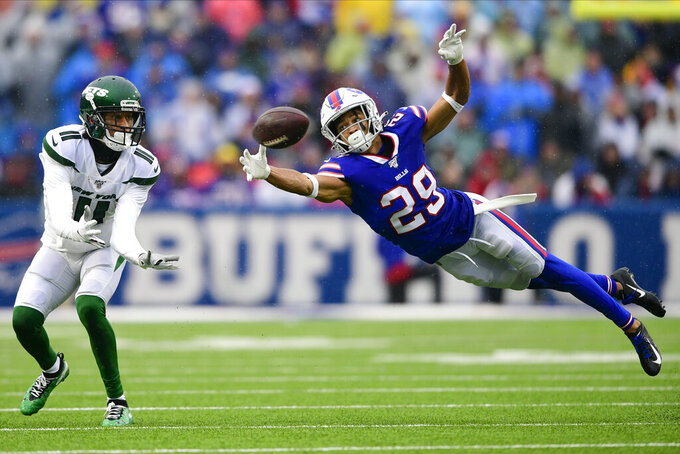 CLEVELAND (AP) — The Browns stayed inside their division — and state borders — to add some defensive line help.

Cleveland beefed up its front by agreeing to a one-year contract with free agent Andrew Billings, who spent the past three seasons with the Cincinnati Bengals. His agency, SportsTrust Advisors, announced the move on Twitter with a posting that read: “Same state, new team, Congrats, @BillingsAndrew!”

A fourth-round pick in 2016 by Cincinnati, Billings will give the Browns some depth up front and potentially a starter to play alongside Sheldon Richardson and Larry Ogunjobi, who can both stop the run and get to the quarterback.

The 25-year-old Billings started 37 games after missing his rookie season with a knee injury. He started 30 games in the past two seasons and made 67 tackles, 3 1/2 sacks and 12 tackles for loss in that span.

The 26-year-old Natson spent the past two seasons with the Los Angeles Rams following one year with the New York Jets. He has averaged 9.5 yards on punt returns and 20.9 on kickoffs the past two years.

Cleveland’s special teams made major improvements last season under coordinator Mike Priefer, but the return game was not as good as he would have liked. The speedy, 5-foot-7, 153-pound Natson should help.

The 6-foot-1, 328-pound Billings and Johnson are among four defensive free agents locked up in the past 24 hours by first-time Browns general manager Andrew Berry. On Wednesday, he agreed to deals with linebacker B.J. Goodson and safety Karl Joseph.

While the NFL has loosened its policy on announcing deals in light of the coronavirus pandemic, the Browns have not yet officially announced any of their free-agent signings. Typically, teams must wait until prospective players complete their physicals before contracts can be finalized, signed and made public.