Center Dalman set to start in Falcons opener against Saints 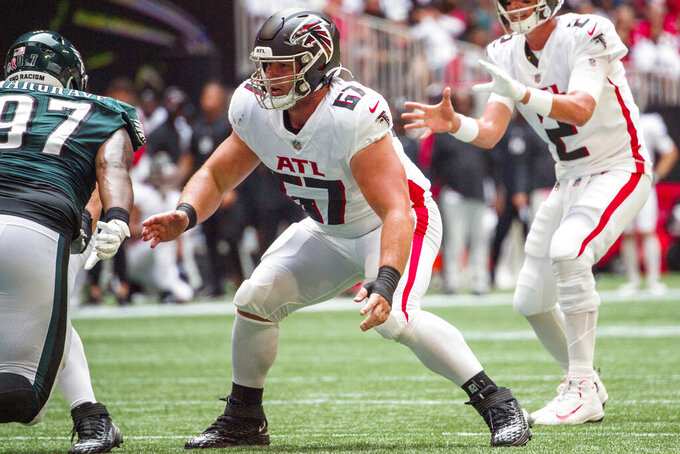 FLOWERY BRANCH, Ga. (AP) — The Atlanta Falcons have named Drew Dalman as their starting center for Sunday's opener against the New Orleans Saints.

Dalman was listed as the starter in the team's depth chart released Tuesday.

Dalman, a fourth-round NFL draft pick in 2021, alternated with Matt Hennessy, a third-round pick in 2020, on the first-team offense during the preseason. Hennessy started all 17 games last season.

Dalman is expected to make his first start after playing as a backup in his 2021 rookie season.

Drake London, the team's first-round pick this season, is listed as a starting wide receiver after missing much of the preseason with a knee injury. London practiced on Monday.

Marcus Mariota is expected to start at quarterback. He was acquired after the team traded Matt Ryan to Indianapolis. Rookie Desmond Ridder is the backup quarterback, with Feleipe Franks at the No. 3 spot if needed. Franks is listed as a backup at his new primary position, tight end.

Cordarrelle Patterson, a surprise last season after moving from wide receiver, is listed as the starting running back. Damien Williams and rookie Tyler Allgeier are the top backups.