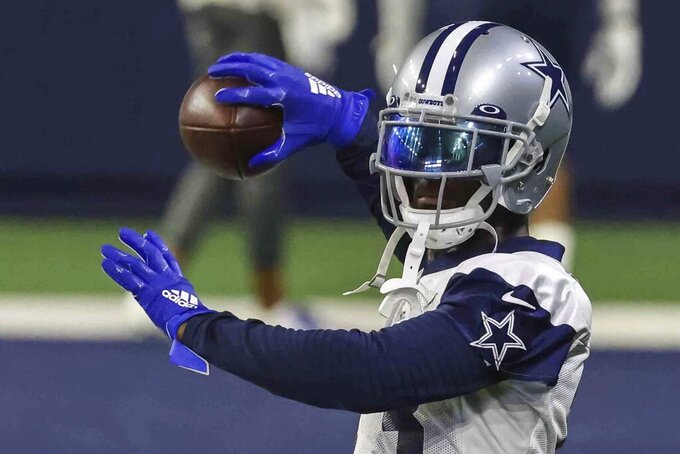 FRISCO, Texas (AP) — The Dallas Cowboys have activated receiver Michael Gallup and defensive tackle Trysten Hill after lengthy absences, and kicker Lirim Hajrullahu is set for his NFL debut against Atlanta on Sunday.

Gallup came off injured reserve Saturday after missing seven games with a calf strain. Hill has been on the physically unable to perform list all season while recovering from surgery for a torn knee ligament last year.

Hajrullahu was elevated from the practice squad. The 31-year-old former kicker in the Canadian Football League will fill in for Greg Zuerlein, who went on the COVID-19 list during the week.

Gallup was injured in the opener, when he had four catches for 36 yards in a 31-29 loss to Super Bowl champion Tampa Bay.

The return of Hill comes with the Cowboys missing their top two pass rushers. Randy Gregory just went on IR with a calf strain and will miss at least three games. DeMarcus Lawrence is out with a broken foot.

The Cowboys (6-2) are coming off a loss that ended a six-game winning streak. The Falcons (4-4) have won their of their past four games.