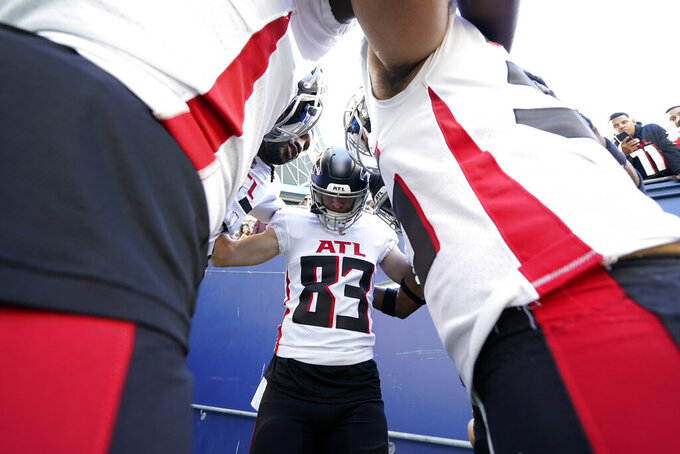 Bernhardt was ruled out on Friday for Sunday's game at Cincinnati.

Bernhardt, who played college lacrosse at Maryland followed by one season of football as a quarterback at Ferris State, made the Falcons' roster as a preseason surprise. He has played in two games but has not made a catch.

The Falcons elevated cornerback Cornell Armstrong from the practice squad to the active roster against the Bengals.

The Falcons on Friday also ruled out cornerback Dee Alford with a hamstring injury.