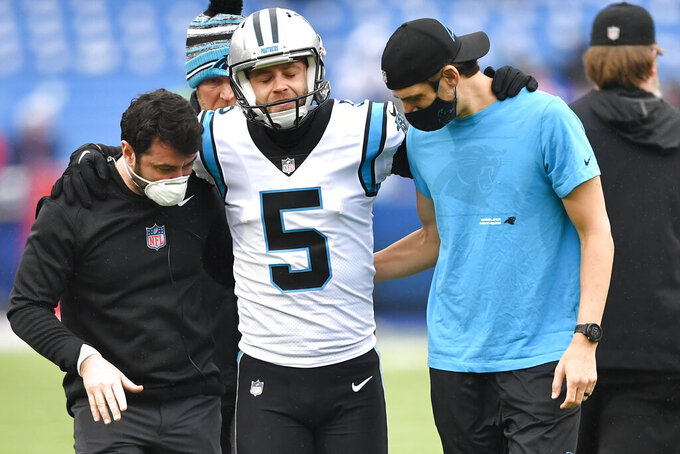 The Carolina Panthers have placed kicker Zane Gonzalez on injured reserve and signed Lirim Hajrullahu off Washington's practice squad to replace him.

Hajrullahu is expected to kick on Sunday against Tampa Bay.

The Panthers also signed kicker Alex Kessman to the practice squad as a backup.

Gonzalez injured his quadriceps during warmups prior to Sunday’s 31-14 loss to the Buffalo Bills, leaving the Panthers without a kicker for the game. Gonzalez had made 17 straight field goals, solidifying what had been a shaky kicker position to start the season for Carolina.

Hajrullahu is a native of Kosovo.

The Panthers had previously signed the 31-year-old Hajrullahu to the practice squad last December, but he was waived six days later because of an issue with his work visa.

He has been an all-star in the Canadian Football League, where he made 239 of 287 field-goal attempts. He also has served as a punter, averaging more than 44 yards per punt.

He won a Grey Cup with the Toronto Argonauts in 2017.

His only action in the NFL came in Week 4 when he made all five extra points in a game for the Dallas Cowboys.