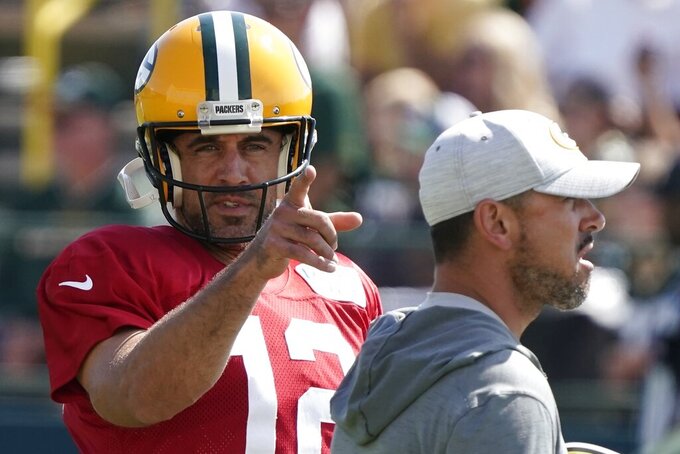 Strengths: QB Aaron Rodgers signed a contract extension in the offseason and is back after earning MVP honors each of the past two years. Aaron Jones and A.J. Dillon give the Packers a formidable running back tandem. OLB Rashan Gary, DL Kenny Clark, All-Pro LB De’Vondre Campbell and CB Jaire Alexander should help the Packers have one of their best defenses in the past several years.

Weaknesses: The loss of Adams is a devastating blow and leaves Rodgers without a clear-cut No. 1 receiver. The Packers’ two best offensive linemen — David Bakhtiari and Elgton Jenkins — are recovering from knee injuries. Both were recently removed from the physically unable to perform list and are practicing at least on a limited basis. The Packers must upgrade a special teams unit that ranked as the league’s worst last season and was the deciding factor in their divisional playoff loss to the San Francisco 49ers.

Camp development: The Packers drafted three receivers. Romeo Doubs, a fourth-round pick from Nevada, made the best early impression. Doubs has dropped a number of passes, but he’s also delivered plenty of big plays both in camp and in preseason games. The defense has outperformed the offense in most workouts, raising the possibility the Packers might be a little more balanced than usual this season after generally leaning on their scoring power in recent seasons.

Fantasy player to watch: Now that Adams is in Las Vegas, the Packers’ top returning receiver is Allen Lazard. He caught 40 passes for 513 yards and eight touchdowns last season to set career highs in all three categories. Lazard should improve upon those catch and yardage totals this season.

Expectations: The Packers have posted the NFC’s best regular-season record each of the past two seasons and have reached the conference title game two of the past three years, but they’re still seeking their first Super Bowl appearance since their 2010 championship season. Green Bay should win its fourth straight NFC North title, but it’s tough to imagine the Packers getting too far in the playoffs without Adams.