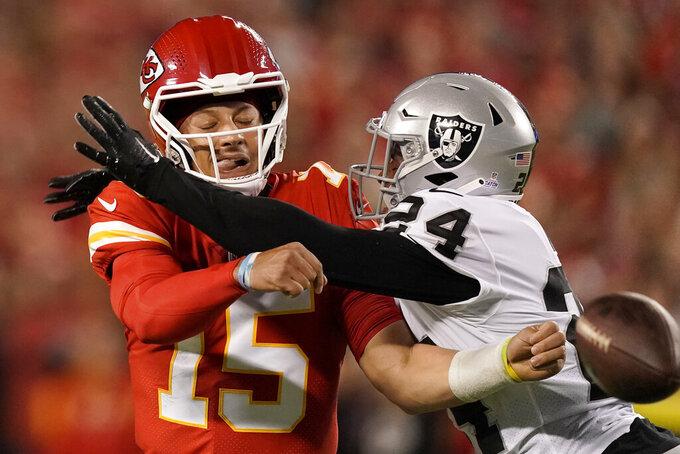 HENDERSON, Nev. (AP) — Safety Johnathan Abram, who failed to meet the expectations of a first-round draft pick, was waived Tuesday by the Las Vegas Raiders.

Abram, who was drafted 27th overall in 2019 out of Mississippi State, started the first seven games this season before being moved to a reserve role the past two weeks and having his playing time slashed.

He didn't make the impact expected of a first-round selection and particularly struggled in pass coverage.

His release continues the Raiders' makeover of the prior regime headed by coach Jon Gruden and general manager Mike Mayock.

The Raiders used six first-round draft picks between 2019-21, and only running back Josh Jacobs and defensive lineman Clelin Ferrell remain. Both players did not have their fifth-year options picked up by the club before the season.

Another former first-round pick from the previous era, offensive lineman Alex Leatherwood, was waived in August. He was drafted 17th overall last year.