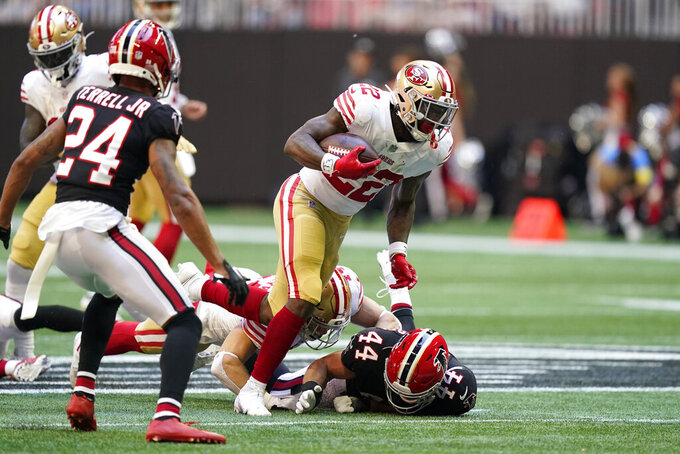 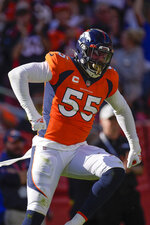 The NFL trade deadline turned into a frenzy with 15 teams making 10 deals involving 12 players and several draft picks on Tuesday.

Miami bolstered both sides of the ball, acquiring Chubb from Denver and running back Jeff Wilson from San Francisco. The Dolphins (5-3) are trying to catch the AFC-leading Buffalo Bills, who got Hines from Indianapolis.

The NFC South-leading Atlanta Falcons (4-4) sent Ridley to Jacksonville in a complex deal. Ridley was suspended in March for at least the 2022 season after a league investigation determined he bet on NFL games in 2021 while away from the team addressing mental health concerns. The league said the suspension will carry “through at least the conclusion of the 2022 season.”

A few teams already made big moves ahead of the deadline. The 49ers (4-4) got star running back Christian McCaffrey from Carolina. That move made Wilson expendable. Wilson, who lead the 49ers with 468 yards rushing, reunites with coach Mike McDaniel in Miami.

Perhaps most surprising was the lack of activity from the defending Super Bowl champion Los Angeles Rams. Known for making a splash, the Rams (3-4) stayed put.

The 10 trades were a record for the NFL on deadline day.

BRONCOS-DOLPHINS: The Dolphins got Chubb and a 2025 fifth-round pick for a first-round draft pick next year, a fourth-rounder in 2024 and running back Chase Edmonds.

STEELERS-BEARS: The Bears acquired Claypool from Pittsburgh for a 2023 second-round draft pick.

FALCONS-JAGUARS: The compensation sent from Jacksonville to Atlanta for Ridley ranges between a second-round pick in 2024 and a sixth-rounder, according to a person with knowledge of the trade. The draft pick is contingent on when Ridley gets reinstated, how much he plays in 2023 and whether he signs a long-term deal with the Jaguars.

COLTS-BILLS: The Colts acquired running back Zack Moss and a conditional sixth-round selection in 2023 for Hines.

COMMANDERS-STEELERS: The Steelers added Jackson and a conditional seventh-round pick in 2025 from Washington for a conditional sixth-rounder that year.

FALCONS-BILLS: Buffalo got safety Dean Marlowe from Atlanta for seventh-round selection in 2023.

BRONCOS-JETS: The Broncos got defensive end Jacob Martin and a fifth-round selection in 2024 for a 2024 fourth-round pick.