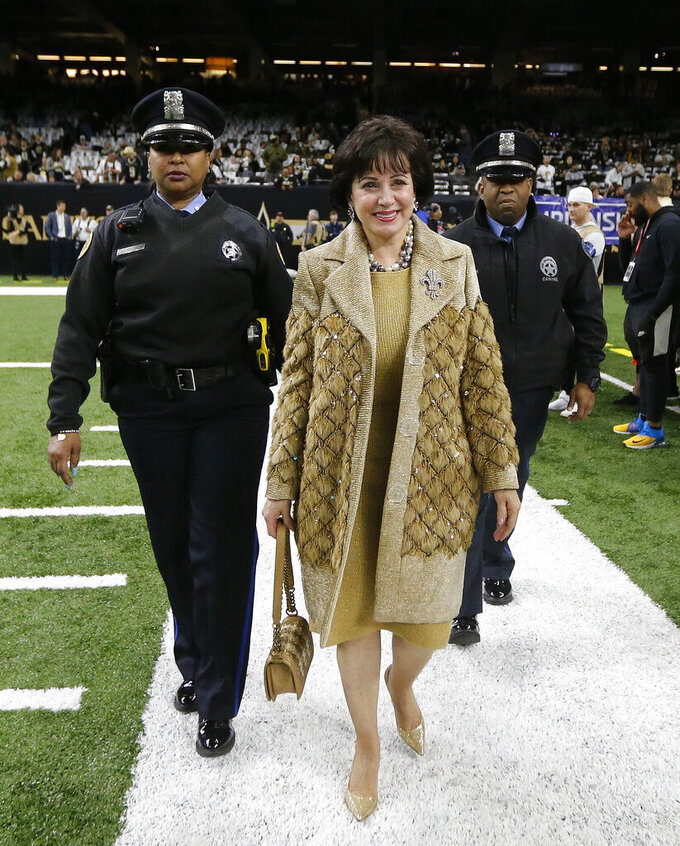 METAIRIE, La. (AP) — Saints punter Thomas Morstead is having a tougher time taking the high road after a second consecutive season ended in stunned disappointment — this time because of officiating, rather than an opponent's late-game heroics.

Morstead drew headlines for his sportsmanship — not to mention an outpouring of financial support for his charitable endeavors — by volunteering to return to the field from the visitor's locker room in Minnesota for a required extra point try after the Vikings had ended the Saints' 2017-18 playoff run with a long, improbable touchdown as time expired.

"Last year we felt like we got beat; they made a play and we didn't stop them," Morstead said. "As tough as that was, I think as a player you can handle that. This just feels a little dirty."

Saints players spent Monday struggling to stomach the fact that they were conducting exit interviews and cleaning out their lockers when they thought they should be preparing to play in the Super Bowl.

They remained incredulous over two officials' reluctance to throw a flag when Rams defensive back Nickell Robey-Coleman delivered an improperly early and high hit on intended receiver Tommylee Lewis that could have been penalized for pass interference or helmet-to-helmet contact. A penalty would have allowed the Saints to mostly run out the clock before trying a go-ahead field goal.

Instead, the Saints took a three-point lead with 1:41 left, and the Rams came back to tie it at the end of regulation and win, 26-23, in overtime.

Even Saints owner Gayle Benson released a statement on pledging to "aggressively pursue changes" in NFL policies to promote more "fairness and integrity" on the field.

"No team should ever be denied the opportunity to reach the title game (or simply win a game) based on the actions, or inactions, of those charged with creating a fair and equitable playing field," Benson's statement read. "As is clear to all who watched the game, it is undeniable that our team and fans were unfairly deprived of that opportunity."

Decisive personnel decisions and aggressive play-calling were among the signs that the Saints were all-in to win the Super Bowl this season.

They traded for Teddy Bridgewater late in the preseason in an effort to ensure quarterback Drew Brees' backup would have the combination of experience and talent they felt necessary to preserve championship aspirations in the event Brees was injured.

The move also provided more flexibility to employ versatile third-string QB Taysom Hill in a variety of roles on offense and special teams. They played to win and win big, regularly keeping the offense on the field on fourth down and executing several fake punts. They were bent on winning the No. 1 seed, viewing two home games in the deafening din of the Superdome as the surest route to this season's Super Bowl in Atlanta.

Saints players also professed that the chemistry they achieved in their locker room was rare.

"That's the hardest thing about this season" ending," said linebacker Craig Robertson, whose contract is up. "I've never been so close with so many guys on a team in my life."

Now they'll have to start over, and that means at least a few roster moves. Free agents include running back Mark Ingram, who has said he does not want to leave but has a professional obligation to keep his options open.

Defensive end Alex Okafor could opt out, which might be in his interest given that he was sharing snaps this season with first-round draft choice Marcus Davenport.

Defensive tackle Tyeler Davison, defensive back P.J. Williams and Bridgewater also are among those due to be unrestricted free agents, while tight end Ben Watson is retiring.

The 40-yeear-old Brees is under contract for one more season and sounded confident after Sunday's game that he'd be back.

Before the team went its separate ways, the shared message seemed to be that after they've taken some time to rest and decompress, they have to summon the determination to return with the same optimism, desire and determination as they did after losing in heartbreaking fashion in Minnesota the season before.

"That's the tough part about this game, is kind of the emotional investment for guys to physically lay it on the line every week and when it's over, it's kind of like getting broken up with somebody that you love," Morstead said. "Some people are kind of never able to love the same again after that. It's hard to come back and put your heart and soul into it just as hard as you did the last time.

"That's why it's so important to have the right guys in the locker room, because when you have the right guys, they're kind of able to be vulnerable and accept it, take it, take it on the chin and find a way to come back the next year and emotionally invest 100 percent again," Morstead added. "So, hopefully we can do that."