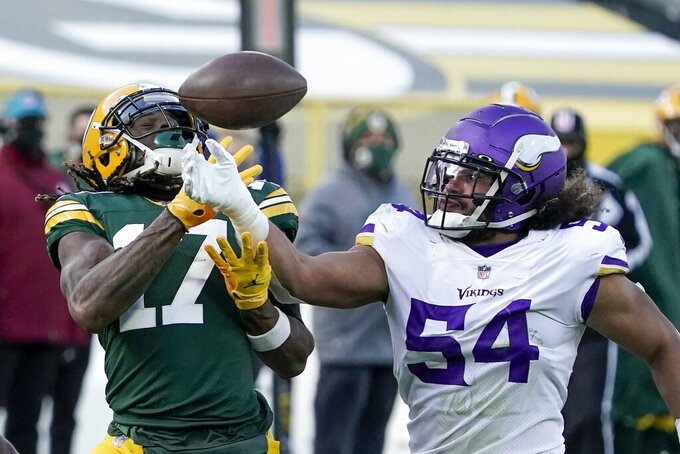 The more things change, the more some things stay the same, especially when it comes to reaching the end zone on game days. These are my best bets to score at the running back and wide receiver positions in Week 9.

The Titans play Chicago this week, a formidable defense, but the Bears defend the pass much better than they do the run, and even good defenses offer diminishing returns against Henry. The Titans' running back has scored in five consecutive games, including a matchup with the Steelers, and I fully expect him to continue his streak. Only Dalvin Cook has more rushing TDs.

Jags QB Gardner Minshew is out this week with a thumb injury, so expect Jacksonville to lean heavily on the 33.77% TD dependent Robinson against the Texans. Houston is the second-best matchup for RBs in the NFL, allowing the second-most rushing TDs in the league (nine), so Robinson shouldn’t have much trouble finding the end zone.

It could be his first game after a lengthy layoff, but the Panthers likely wouldn’t bring their star player back if he wasn’t ready. In the two games McCaffrey has played in this season, he’s scored four TDs, and though the Chiefs cover the pass very well, they are much more susceptible to the run. McCaffrey could reach the end zone at least once this week.

Conner isn’t racking up yards, but he is scoring TDs, as he’s tied for third in the league in rushing scores (five). The Steelers play Dallas this week, so Conner should have little trouble gaining yards. The Cowboys have allowed the most rushing yards this season (1,109) and are tied for the third-most rushing TDs (eight).

No other starting RB has a TD dependency as high as Cook’s (44.62%), and after what he did to the Packers in Week 8, I don’t expect anyone to come close. The Lions, who are the third-best matchup for RBs in the NFL right now, will have their hands full trying to slow down Cook. They’ve already allowed the second-most TDs to RBs this season (12).

The Packers could be without their three best running backs on Thursday night, so it’s seems possible that Adams will reach a season high in targets. He’s had target totals of 17 and 16 already this season, so that’s no small feat. With five TDs in his past two games, Adams has a sky-high TD dependency (45.55%), and that rate is primed to increase in Week 9 against the 49ers, a team that has allowed seven receiving TDs over the past three weeks.

Diggs has a recipe for success in Week 9. He’s got a QB in Josh Allen with a big arm, and the Bills are facing the Seahawks, fantasy’s No.1 matchup for opposing WRs. Only two other teams who’ve had their bye weeks have allowed more receiving scores (11).

Fuller has been a scoring machine for the Texans. He’s scored in five straight weeks, including against this week’s opponent, the Jaguars, in Week 5. With a 37.97% TD dependency, and tied for third in the league for WR TDs, Fuller could reach the end zone in Week 9.

Metcalf has a formidable opponent in the Bills’ secondary, but a player of his size/speed combination is difficult to stop if he’s targeted enough. Metcalf has seen double-digit targets in two of his past three games, and he’s scored four TDs over that time. With the second-highest point per target (1.83) of any player with more than 50 targets, Metcalf is a fantasy owner’s dream, and he’s an odds-on favorite to score this week.

No player has been targeted in the red zone more than Evans this season, and that would help explain his league-leading seven TD receptions. Though Antonio Brown is joining the team, Chris Godwin is still out with a broken finger, and Evans is more of a red zone threat than Brown. The yardage may not be there for Evans, but he could find the end zone against a Saints team that has allowed the fourth-most WR TDs (11) in the league.