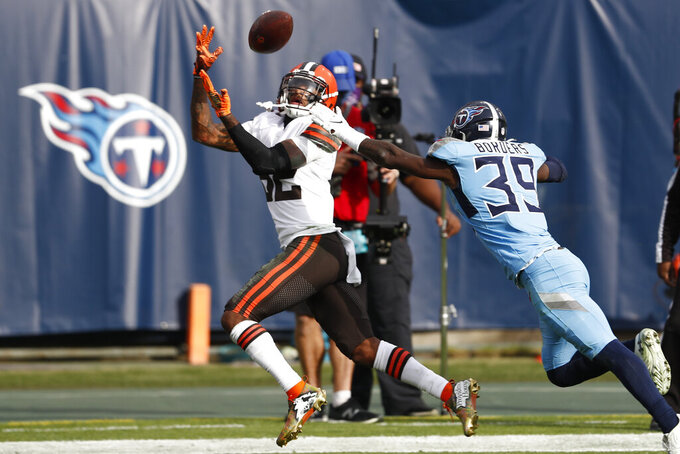 NASHVILLE, Tenn. (AP) — The Tennessee Titans will be without starting cornerbacks Breon Borders and Adoree Jackson against the Jacksonville Jaguars on Sunday.

Borders has started five of the past six games for Tennessee (8-4) but didn't practice all week with an injured hip. Jackson was limited in practice all week as he works his way back from a knee injury that put him on injured reserve hours before the season opener.

Outside linebacker Derick Roberson is questionable with a hip injury that limited him Thursday and kept him out of practice Friday. He has played six games with one start this season.

The Titans are tied for the AFC South lead with Indianapolis.

By Pat Graham 43 minutes ago
By Arnie Stapleton 4 hrs ago
By W.g. Ramirez 7 hrs ago
By Brett Martel 9 hrs ago
By Dan Greenspan 9 hrs ago