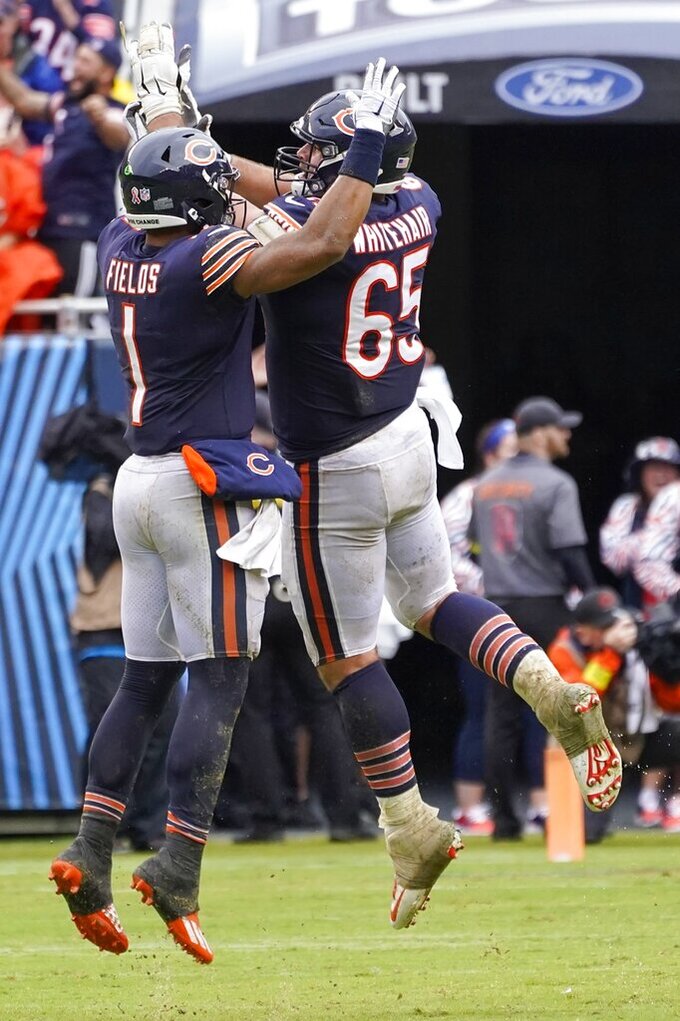 Chicago Bears' Justin Fields and Cody Whitehair celebrate a touchdown pass during the second half of an NFL football game against the San Francisco 49ers Sunday, Sept. 11, 2022, in Chicago. (AP Photo/Charles Rex Arbogast)

The 30-year-old Whitehair was injured in Sunday’s loss to the New York Giants. He has been a fixture on the Bears’ line at center and guard since they drafted him in the second round in 2016, starting 99 games.

Also Wednesday, the Bears designated receiver N'Keal Harry to return from IR. That begins a three-week evaluation window for the fourth-year player.

Eberflus said it's possible Harry could make his Bears debut as early as Sunday.

“We’ll figure it out as we go,” Eberflus said. “We like where he is right now for sure.”

The 6-foot-4, 225-pound Harry was acquired from New England in July. He suffered an ankle injury in training camp that required surgery.

Drafted by the Patriots in the first round in 2019, Harry missed half his rookie season because of an ankle injury and never developed into the playmaker coach Bill Belichick envisioned. New England traded him to Chicago for a 2024 seventh-round pick.