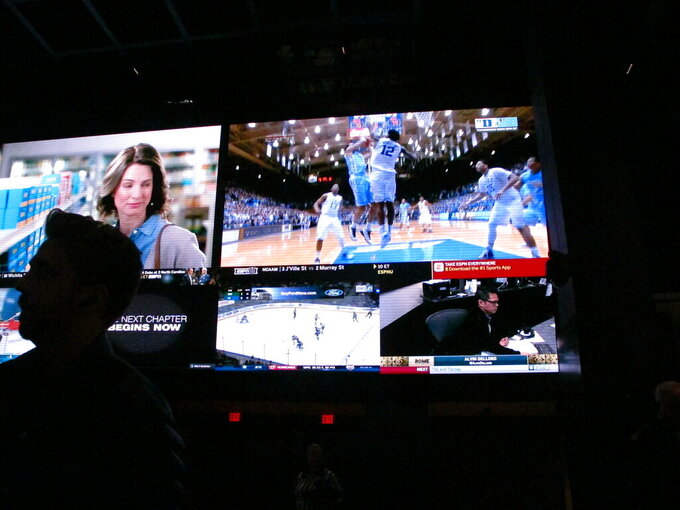 SECAUCUS, N.J. (AP) — Football's championship game may have been super, but gamblers in New Jersey dug much deeper into their wallets for college basketball's national championship tournament.

More than $106 million was bet in New Jersey on the NCAA Tournament — three times the amount bet on the Super Bowl.

The New Jersey Division of Gaming Enforcement released statistics from the tournament Thursday at a sports betting conference in Secaucus.

The agency had revealed in February that $34.9 million was wagered in New Jersey on the Super Bowl, in which the New England Patriots defeated the Los Angeles Rams.

Bets on the college hoops tournament brought in $10.8 million in revenue for New Jersey's sportsbook operators, which include most Atlantic City casinos and two racetracks, the Meadowlands and Monmouth Park. Several sportsbooks said the college tournament contributed to the best month they've had yet in New Jersey, where legal sports betting began last June.

March Madness bets accounted for nearly one-third of the $372 million wagered on all sporting events in New Jersey last month.

The hold percentage, or profit, for the sportsbooks was 10.2%.

Of the $106 million wagered on the tournament, more than $80 million was bet online, the latest indication that the future of the rapidly growing industry lies with gamblers placing wagers via smartphones and computers. Several states considering legalizing sports betting are hesitating to approve mobile betting.

In the 10 months that New Jersey has allowed legal sports betting, gamblers have wagered more than $2.3 billion.