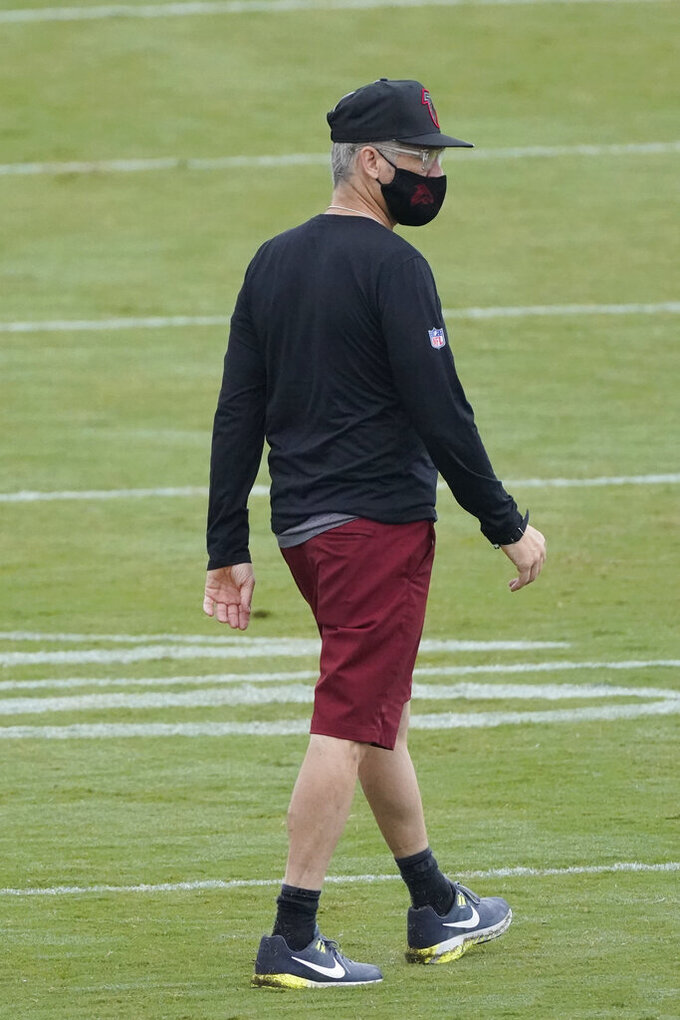 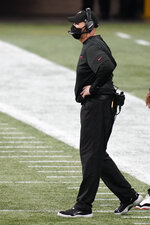 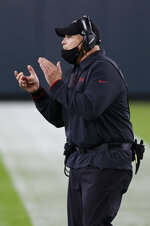 ATLANTA (AP) — Dan Quinn, who guided Atlanta to the Super Bowl for only the second time in franchise history but infamously squandered a 28-3 lead to Tom Brady and the New England Patriots, was fired Sunday night just hours after the Falcons dropped to 0-5 for the first time since 1997.

Quinn and Dimitroff were fired after a 23-16 loss to Carolina Panthers added to a dismal start, which included the Falcons becoming the first team in NFL history to squander fourth-quarter leads of at least 15 points in back-to-back games.

In the midst of his sixth year with the Falcons, the 50-year-old Quinn became the second coach to be fired during the season in Arthur Blank’s 18 years as owner. Dan Reeves left with three games remaining in the 2003 season after being told by Blank that he would not be retained.

“Decisions like these are very difficult, but the previous two seasons and start to this one have been especially hard for me because of the deep love, admiration and respect I and my family have for Dan, Thomas and their families,” Blank said in a statement released by the team.

“For many years, they have represented me, our team, organization and Atlanta with class, commitment and all the passion you would want in the leaders of the team. But as everyone knows, this is a results business and I owe it to our fans to put the best product we can on the field. We have poured every resource possible into winning and will continue to do so, but the results of late do not meet our standard or what I’ve promised our fans."

The Falcons planned to announce an interim coach on Monday, likely pulling from a staff that includes former NFL head coaches Raheem Morris and Dirk Koetter.

Team president and CEO Rich McKay will take over control of football operations in the interim and assist Blank in the search for a new general manager and coach.

“We are moving forward and will do everything we can to help this year’s team win as many games as possible while putting a strong plan in place to execute these important leadership searches with an eye to positioning the Falcons for success well into the future," McKay said. “We owe that to our fans.”

In what would become a troubling hallmark of Quinn’s head coaching career, the Falcons got off to a fast start in his debut season, but couldn’t maintain it. Atlanta won its first five games and six of its first seven, but an overtime loss to Tampa Bay sparked a six-game losing streak that eliminated the Falcons from playoff contention. They finished 8-8.

Atlanta bounced back from that disappointment with one of the greatest seasons in team history. Featuring a dynamic offense led by Matt Ryan, Julio Jones and Devonta Freeman, the Falcons built a locker room camaraderie that Quinn called “The Brotherhood” while winning the NFC South with an 11-5 record.

With one of the great performances in postseason history — and benefiting from questionable play calling by the Falcons — Brady led a comeback that forced overtime for the first time in a Super Bowl. The Patriots won the coin toss and marched right down the field for a 34-28 victory.

The Falcons made the playoffs again the following year, losing to eventual Super Bowl champion Philadelphia, but never seemed to shake the stigma of their Super Bowl debacle.

After surrendering four touchdown passes to Russell Wilson in a season-opening 38-25 loss to the Seahawks, the next two games rekindled memories of the Super Bowl meltdown and essentially served as Quinn’s epitaph.

At Dallas, the Falcons led 20-0 and 29-10, were still up 39-24 with 5 minutes to go. But the Cowboys scored a pair of touchdowns and recovered an onside kick that made Atlanta the subject of national ridicule. At least five players failed to jump on a slowly spinning ball before Dallas recovered it as soon as it went 10 yards. That set up a field goal on the final play for an improbable 40-39 Cowboys victory.

Not so improbable that it didn’t happen again the very next week, minus the need for an onside kick. Leading the Bears 26-10 with less than 7 minutes remaining, the Falcons surrendered three touchdown passes to backup quarterback Nick Foles for a 30-26 loss.

Even though Quinn was hired based on his defensive reputation, that side of the ball was a big reason for his downfall. Only once did the Falcons rank higher than 16th in the total yards allowed, and Atlanta surrendered an average of 448.3 yards through four games this year, more than all but one other team.

The 54-year-old Dimitroff was one of the longest-tenured general managers in the NFL, hired by Atlanta in 2008 with the franchise in turmoil after Michael Vick's dogfighting conviction and coach Bobby Petrino's stunning departure after just 13 games the previous year.

In 2011, Dimitroff pulled off perhaps his most famous trade, dealing a huge package to the Cleveland Browns for the rights to draft receiver Julio Jones, who joined Ryan as the franchise’s cornerstones.

Since then, Dimitroff's draft record and many of his personnel decisions raised questions about his judgment, though he kept his job when Smith was fired at the end of the 2014 season after two straight losing campaigns.

Mired in another losing run heading to 2020, Blank restored McKay — Dimitroff's predecessor as general manager — to a more prominent role in football operations.

Blank hoped the organizational changes would spark a turnaround.