Giants have something at stake in finale: spoiler role 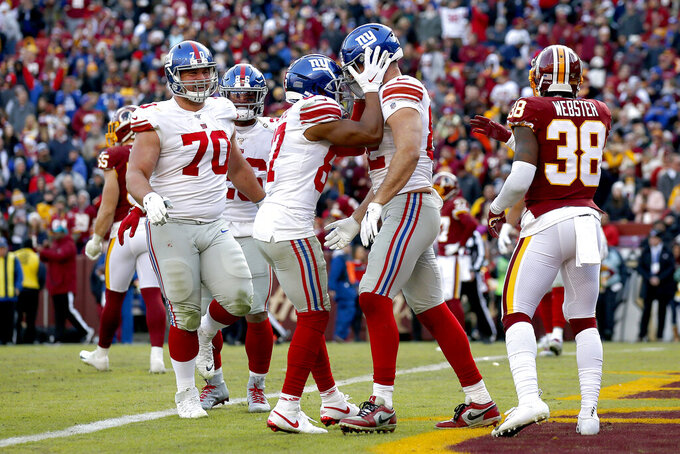 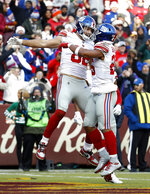 EAST RUTHERFORD, N.J. (AP) — In a season that has included a franchise record-tying nine-game losing streak, the New York Giants are going to get a chance to experience playoff football.

It has nothing to do with the Giants (4-11) making the postseason. That possibility ended last month.

Coach Pat Shurmur and his young team are going to get a chance to play spoiler this Sunday against the NFC East-leading Philadelphia Eagles (8-7) at MetLife Stadium.

After beating Dallas (7—8) at home on Sunday, the Eagles can clinch the division with a win over the Giants or a Cowboys loss at home against Washington (3-12).

The Giants were reluctant to say anything about spoiling things for their New Jersey Turnpike rivals to the south.

Halfback Saquon Barkley kept saying the team wants to finish the season strong when asked if there would be any greater satisfaction denying the Eagles a playoff spot. He eventually admitted there was significance.

The game could turn out to be a job decider for Shurmur. He has been on the hot seat since early in the season. His resume shows nine wins in 31 games and no playoff berths.

Shurmur's decision two weeks into the season to make Daniel Jones his starting quarterback over Eli Manning has worked out. The rookie threw five touchdowns in the 41-35 overtime win over Washington on Sunday.

Co-owner John Mara has said he wants to feel the team has made progress this season when he walks off the field after the final game. Beating the Eagles with a playoff berth and closing the season with three straight wins might be the sign Mara needs to give Shurmur and general manager Dave Gettleman a little more time to turn things around.

Mara's patience is being tested. The Giants have made the playoffs once since the 2011 season, when they won the Super Bowl.

The offense. The Giants scored a season-high 36 points in beating the Dolphins and followed that with 41 in the overtime win over Washington. Rookie Jones threw five touchdown passes Sunday, giving him 23, a team single-season rookie record. Charlie Conerly set the old mark of 22 in 1948. Halfback Saquon Barkley rushed for a career-best 189 yards and finished with a franchise record 279 yards from scrimmage (189 rushing and 90 receiving). The previous record of 276 yards was set by Tiki Barber in 2002.

It would be easy to once again say the defense, especially after giving up 35 points, including a late game-tying 99-yard touchdown drive. However, special teams played a big role, too. Riley Dixon had a punt blocked early in the fourth quarter, setting up a touchdown that allowed Washington to get within 35-28. Struggling placekicker Aldrick Rosas had a horrible miss on a 53-yard field goal attempt on the next series. The miss was so bad, Shurmur elected not to let him try a potential winning 63-yard kick on the final play of regulation.

Tight end Kaden Smith. The free agent rookie from Stanford tied his career high with six catches for 35 yards. He also caught a career-best two touchdowns, including the winner. He was outstanding with his blocking, helping Barkley.

CB Corey Ballentine. The Redskins went after the rookie sixth-round draft pick repeatedly. He was beaten by Steven Sims for 32 yards on a third-and-9 from the Washington 2 on the Redskins' 99-yard drive. He also was called for pass interference on a fourth-and-goal from the Giants 3 late in the series before Case Keenum ran in from the 1.

Linebacker Alec Ogletree woke up with a stiff back Sunday and did not play. T Mike Remmers is in the concussion protocol. The rest were general game soreness.

Spoiler role against the Eagles, and then the wait to see if owners keep Shurmur and Gettleman.