Vita Vea in, Antonio Brown out for Bucs in NFC title game 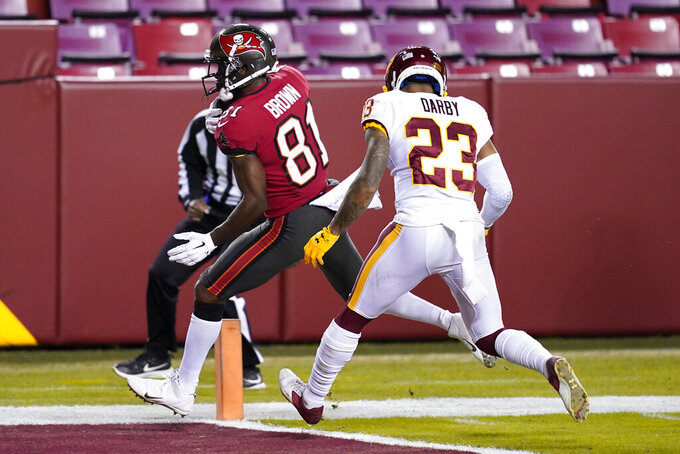 The third-year pro, one of the top run-stoppers in the NFL, has been sidelined since early October with a broken ankle. He resumed practicing with the team this week and will be available this weekend against the Green Bay Packers.

The 6-foot-4, 347-pound tackle appeared in five games during the regular season. He has started 29 of 34 games he’s appeared in since entering the league as the 12th overall pick in the 2018 draft.

Coach Bruce Arians also said Friday that receiver Antonio Brown, who had been day-to-day with a knee injury, will not play in the NFC title game.