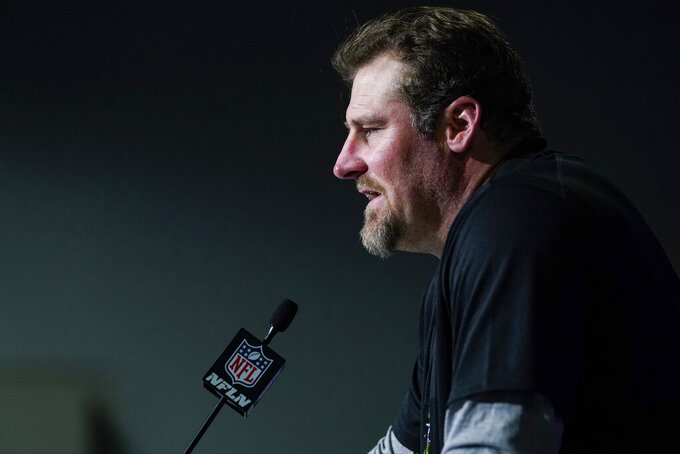 The Detroit Lions have agreed to terms with starting safety Tracy Walker and backup quarterback Tim Boyle, according to a person familiar with the situation.

The person spoke Monday on condition of anonymity because the moves had not been announced.

Detroit’s decision to keep Walker is significant, showing general manager Brad Holmes and coach Dan Campbell believe in one of the players drafted and developed by the franchise’s previous front office.

Walker started in all 15 games he played last season and led the team with 108 tackles, including a sack. He has started 34 of 59 games with 319 tackles and three interceptions since ex-general manager Bob Quinn drafted him in the third round in 2018.

Retaining Boyle is a sign that he will likely be behind Jared Goff in 2022 and that perhaps the team will not re-sign restricted free agent David Blough. In three starts and five games last season, Boyle threw three touchdowns and six interceptions in his third NFL season.

The Lions announced they signed four of their free agents, retaining linebackers Alex Anzalone and Shaun Dion Hamilton along with safeties C.J. Moore and Jalen Elliott.

Anzalone started in each of the 14 games he played last season. He had 78 tackles, one sack and an interception. He has 200 tackles, five sacks and two interceptions in 52 games, including 34 starts, since the New Orleans Saints drafted the former Florida standout in the third round in 2017.

Hamilton, who went on injured reserve with the Lions last August, had 89 tackles over three seasons with Washington. Moore had 14 tackles in 17 games and Elliott had eight tackles in eight games last season in Detroit.