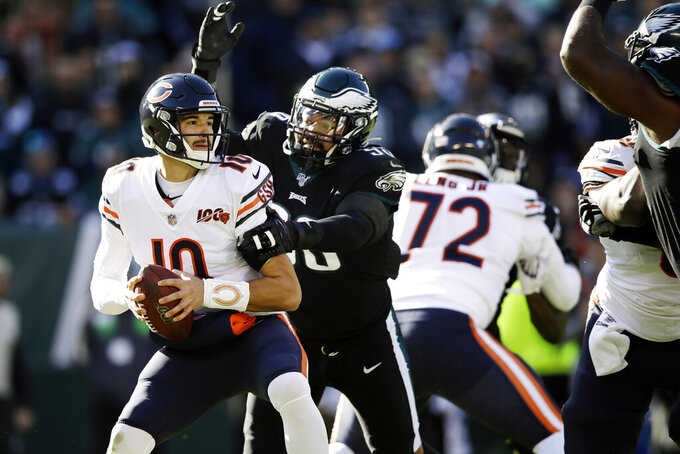 The usually straightforward Nagy declined to say Thursday if a change is in the works for Sunday's matchup against the Detroit Lions, adding he wouldn't "get into game strategy-wise."

The Bears had them switch positions in the offseason, with Whitehair moving from center to left guard after making the Pro Bowl as an alternate. Daniels went to center after playing left guard as a rookie. But a line that was a strength a year ago has struggled to protect quarterback Mitchell Trubisky and create holes for the running backs.